Bollywood is all over Netflix these days portraying Muslims, especially Pakistanis & Kashmiris, in a hateful way. We can launch a boycott there, including notification to Netflix that we will cancel if they don’t get rid of those films.

Any close look a the concept & usage of the term ‘US regime-change operation” shows it to be only thing even approximating a theory among the most demagogic or backward political currents. It substitutes analyses of complex political & social struggles with conspiracy theories involving nefarious forces & intrigues. Those nefarious forces include the CIA, Mossad, Zionists, ‘Islamists’. It’s not that the CIA, et al, are not engaged in undercover destabilizing operations but that proponents of the “US regime-change operation” mantra see all popular struggles against repression as those undercover operations writ large.

The mantra is actually more of a battle cry for right-wing forces posturing as left-wing avant-garde (Stalinists, fascists, Assadists & that political ilk) because most of all, it serves to defend the status quo of state power & repressive regimes & malign popular struggles for democracy, & against war, occupation, & genocide.

This is a three-part series on the siege of Kashmir by Indian journalist Rifat Jawaid based on a recent brief stay in Srinagar. It’s actually quite interesting, from part one which describes Kashmir as ‘hell’, to part three which reports how the CRPF paramilitary have placed J&K police under surveillance, confiscated their weapons, & are heavily guarding police stations because they don’t trust them. 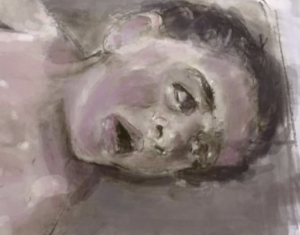 Today is the UN’s International Day of Remembrance & Tribute to the Victims of Terrorism. That should include, if not prioritize, victims of state terrorism, including over 100,000 Kashmiris killed by Indian forces in the last 30 years; millions of Rohingya victims of continuing Burmese state terror; millions of Syrians killed or forced to flee state terror inflicted by Syrian, Russian, Israeli, & US-coalition bombers & paramilitary groups; millions of Afghans forced to flee, jailed, or killed by US bombing going on now nearly 18 years; thousands of Black youth in the US railroaded into prison on minor or false charges or shot down in the streets; millions of Uyghur in China persecuted or held in concentration camps; millions of Yemenis sustaining carpet bombing now nearly four & one-half years; the millions in at least seven countries sustaining US military bombing & occupation. And the litany of state terrorism goes on & on covering every continent.

Today we take a moment to honor those who have died or been harmed in any way by state terrorism & recommit ourselves to building an international movement that will stand with the oppressed & end state terrorism once & for all.
The sketch is a tribute to the victims & a protest by artist Marc Nelson to the ongoing state terrorism in Idlib. 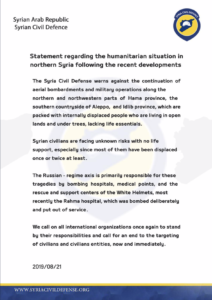 An appeal from the White Helmet rescue workers for humanitarian organizations to put political pressure on Syria & Russia to stop the carpet bombing of Idlib, August 21st, 2019. The Stalinist & Assadist cult that has destroyed & replaced the antiwar movement has made sure there are no popular protests demanding Syria, Russia, & the US-coalition stop the bombing of civilians.

The Srinagar neighborhood of Soura has made itself a ‘no-go zone’ for Indian occupying forces. In their resistance to the siege, they call Soura “Kashmir’s Gaza”, a tribute to the Palestinian struggle from which they draw inspiration & which for years they have stood with in solidarity. 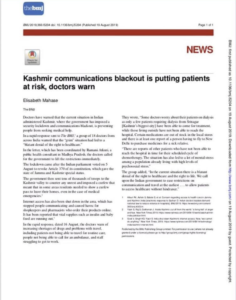 “After The Lancet now The British Medical Journal (BMJ) weighs in on the health crisis in Kashmir. The security lockdown & communications blackout from last 18 days, is preventing people from seeking medical help-a blatant denial of the right to healthcare.
This is a serious humanitarian crisis.”

Gruesome images coming out of Idlib show children beheaded by Syrian & Russian bombing & a fetus with the umbilical cord still attached being pulled from rubble. In response to those images, Assadist Scott Ritter, former chief UN weapons inspector for Iraq, is tweeting quotes from Jesus & rancidities like, “The children who are being killed in Idlib are paying the price for their families siding with evil,” & “Those who chose to live under the sway of al-Qaeda will pay the tragic price for their decision.”

Did we mention that Ritter spent time in state prison on conviction for several counts of pedophilia & soliciting sex from minors online? His callous & contemptible attitude toward the suffering children of Idlib is of a piece with his pedophilia & his hateful sexualized power relationship with small children. Doesn’t take a quote from Jesus to know that.

This is a tribute by artist Marc Nelson to that “dark day” of August 21st, 2003 when Syrian war planes “carried out a terrorizing sarin gas attack on the people of Ghouta, killing at least 1,127 Syrians–among them 107 children & 201 women–& injuring at least 5,935.”

May we quote back at Ritter what he said about the children of Idlib: Epistle to the Galatians 6:7–“Be not deceived; God is not mocked, for whatsoever a man soweth, that shall he also reap.” That will assure that Ritter will rot in hell. So sayeth the Lord.