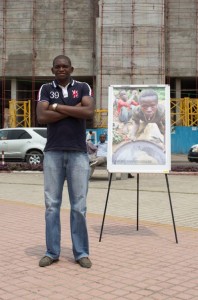 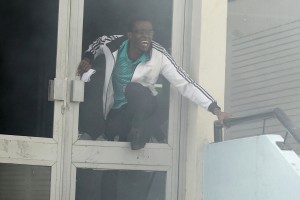 This is another photo of a student in Nairobi, Kenya protesting education fee increases. He is attempting to escape a classroom where he & other students were cornered by riot cops lobbing tear gas canisters.

This guy looks a lot more bookish than rowdy, as the riot cops claimed to justify their assault on unarmed student protestors.

Our fullest solidarity with him & his fellow protestors. May they use their education to upend the system of exploitation that prevails across this globe. What else is learning for if not to make this world a better place? 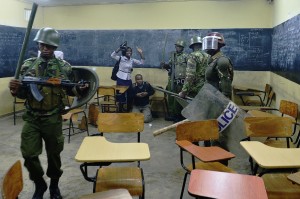