Enough with Clinton’s postmortems about why she lost. Get over it, sister. I lost too & you don’t see me nattering on for months about it, taking the stage at event after event trying to find someone to blame.

As for “covfefe”? If he wasn’t high, it was just another narcissistic stunt to create constant drama around himself & hold the entire world captive to his ego.

Why did she lose & why will he be impeached? Because for both of them, politics is all about them. But politics is about war, poverty, inequality, injustice, human suffering.

A retiring high court judge in India explained to reporters why he thought the cow should be designated national animal in place of the peacock, now the national bird of India:

“The peacock is a lifelong celibate. It does not have sex with a peahen. The peahen gives birth after it gets impregnated with the tears of the peacock. A peacock or a peahen is then born.”

This is the brilliant riposte from Mir Laieeq:

“Breaking research: a study conducted on peacocks in india found contact lenses to be 100% effective as the latest form of contraceptive. Human studies to be followed soon!”

Here we thought America had the world’s dumbest politicians, especially when it comes to reproduction.

Ghosh is the same guy who posted an article claiming the settling of Rohingya refugees in Jammu is part of a strategic conspiracy between Rohingya, Kashmiri Muslims, & the guerrilla group Hizbul Mujahideen. He also posted an Indian army video of soldiers with the bodies of Sabzar & Faizan shooting off guns celebrating the executions.

That’s the kind of hate-mongering not just Kashmiris are facing but Muslims everywhere. The extremes of it are seen in Myanmar & Syria & the most deplorable consequence is that the antiwar movement, much of the Palestinian solidarity movement, & progressive movements have swallowed this hate-mongering hook, line, & sinker. 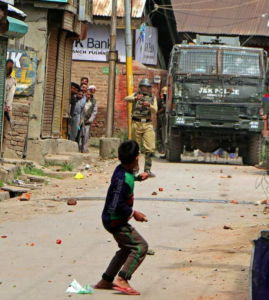 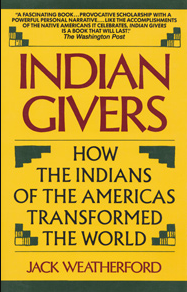 An old post reminded me about the writings of Jack Weatherford, a retired professor from Macalester College in Minnesota. He has written several popular histories of achievements, technological inventions, agricultural developments, & governmental forms (republic & confederacy) which European colonizers pirated from indigenous tribes throughout the Americas. These include fabrics, foods (corn, beans, potatoes, tomatoes), culinary arts, medicines & medical practices, metallurgy, the invention of rubber.

European colonizers brought these back to Europe where they were adapted to emerging manufacturing & industrialization & also introduced some of the agriculture to other parts of the world under European colonialism. According to Weatherford, the industrialization, development, & wealth of Europe was dependent on those technologies claimed by Europeans as their own.

All his books are worth reading but the most notable is “Indian Givers: How the Indians of the Americas Transformed the World.” He is of course using the term “Indian givers” ironically. He is highly respected by Native Americans & for many years was a featured speaker at Indian cultural events in the Twin Cities.

Another of his notable books is “Genghis Khan & the Making of the Modern World” where he discusses Mongol influence on European civilization. He has also been honored by Mongolia for his contributions to correcting the Eurocentric view of Genghis Khan. He actually lives in Mongolia now part time.

Weatherford’s historical approach has been criticized by some historians but his method is respected by Indians & Mongols who do not think him patronizing but in fact deeply respectful–unlike mountains of history about indigenous peoples, Latinos, & Blacks before the civil rights movement which were mountains of racist horse manure.

(Photo is cover of Indian Givers_ 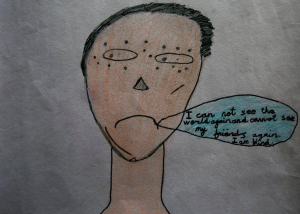 Kashmiri children’s response to pellet injuries: “I cannot see the world again & cannot see my friends again. I am blind.”

According to the BBC report titled “The stolen childhoods of Kashmir,” over 1,200 children under 15 were among 9,000 people injured in protests in 2016. Most were blinded partially or completely, all were disfigured, & some may be permanently in pain or disabled by lead pellets doctors were unable to remove.

Assad supporters led by Vanessa Beeley are consumed with discrediting the White Helmets. It’s peculiar that they harp on it nonstop but it probably doesn’t reflect their psychological disorder so much as Assad’s. He must be eaten alive with resentment at the respect rescue workers get & he is Beeley’s paymaster so she harps on.

Civilian rescue teams emerged in Syria in 2012 when Assad began bombing cities or areas where there was massive public opposition to his dictatorship. It was neighbors & residents coming to rescue the injured trapped in rubble from the bombing.

Of course foreign agencies with ulterior motives glommed on to them; it happens all the time to human rights groups & activists all over the world. In some cases, it tempers the resistance of those groups. In the case of Syrian rescue workers, it got them professional training in urban search & rescue operations, emergency & trauma care, setting up & managing field hospitals in a bombing zone. It made them more effective in rescuing people buried in rubble, in treating their injuries, & saving their lives.

This article is about their function as bomb squads for undetonated munitions from Russian & Syrian airstrikes & about the training they receive in Jordan & Turkey.

In the interests of full disclosure, the Orient News is run by Ghassan Aboud, an oppositionist now in exile. 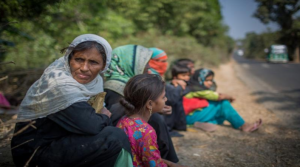 It isn’t certain that Aung San Suu Kyi & the military junta will allow entry to the investigators. In fact, it has a snow balls’ chance in hell of being allowed to land in Myanmar. But there are 75,000 new Rohingya refugees in Bangladesh who were eyewitnesses to & victims of ethnic cleansing that the team can gather testimony from as well as hundreds of thousands in diaspora in Bangladesh, India, Jammu, Malaysia, Indonesia, Australia, & elsewhere.

One heartening thing about this investigative team is that Indira Jaising has represented Bhopal victims before the Indian Supreme Court & much more recently spoke at the presentation event releasing “Citizen’s report on the violations of democratic rights in the Kashmir valley in 2016.” She was not part of the 25-member team from India that investigated Indian army human rights crimes in Kashmir nor a signatory to the report but spoke at the New Delhi event where it was introduced.

The three members will be meeting in Geneva to develop a strategy for proceeding in an investigation sure to be obstructed every inch of the way by the now thoroughly discredited Suu Kyi.
Meanwhile, the truth about the ethnic cleansing of Rohingya is widely known & beyond dispute so we can continue to educate about what is happening with them & how they are organizing wherever they are against genocide & for human, democratic, & refugee rights.