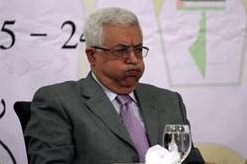 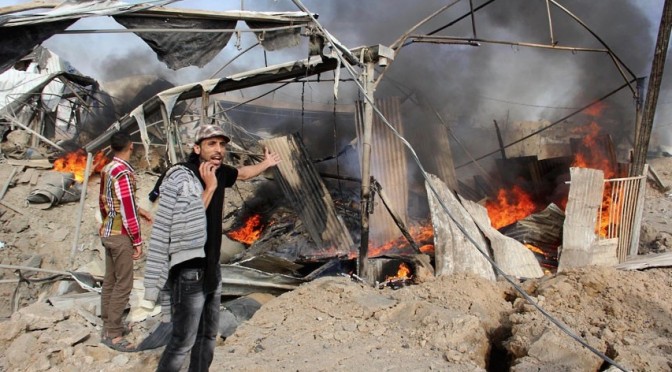 This photo of a Palestinian responding to the Israeli bombing of a smuggling tunnel (earlier this month) captures the breadth & barbarism of Israel against Gaza–which is at once a siege of constant bombings & an embargo on vital human needs like medicine & foods. Palestinians are forced to build underground tunnels to smuggle what Israel won’t allow claiming Gaza uses much of the stuff to build bombs–though Israel has never been able to explain how books, paper, blankets, penicillin, aspirins, antibiotics, chocolate, spices, & other vital products are used in constructing heavy artillery. Such an embargo is however extremely effective in ethnic cleansing.

There are concentrated periods, often lasting several days & weeks, of Israeli bombing in Gaza but it never really ends. Drone sorties are most often triggered by Israeli claims of rocket attacks from Gaza. It’s become difficult for Israel to explain why thousands of alleged rockets have caused so little property damage & no casualties (including injuries from shrapnel) directly related to a rocket in the past several years. Zionist ideologues do not know shame but you have to hand to hand it to them for inventiveness in war & malice. They claim the lack of death & destruction is due to the massive civil defense infrastructure they built up in southern Israel near Gaza. They have bomb shelters, the noisy Red Dawn siren system, & the vaunted Iron Dome missile shield against rockets from Gaza. That means they never have to produce a single piece of evidence for the alleged rocket barrage.

There’s no question Israel sets off that noisy siren system & ushers people into bomb shelters to scare the hell out of them & justify the war footing against Gaza. It’s also likely some Palestinians in Gaza attempt to send over makeshift bombs loaded with blankets & oregano. But isn’t that Iron Dome working for Israel? Can’t the damn thing thwart such artillery?

Israel also claims it’s targeting Hamas military sites in Gaza. That doesn’t explain why they took out a washing machine factory in a refugee camp, a metal shop, schools, & homes; killed many civilians; injured dozens of others; & are keeping the people of Gaza under a reign of terror.

According to B’Tselem & the Office for the Coordination of Humanitarian Affairs, two Israeli human rights groups, there is a dramatic increase in the number of Palestinians injured or killed by gunfire near Israel’s apartheid wall encircling Gaza. Since December, B’Tselem documented 55 Palestinians injured near the fence–43 of them by live ammunition & two by tear gas canisters. There have also been several fatalities, including children & a mentally ill woman, but there is no reliable figure on how many. Mind you, they were all killed within Gaza on farm lands considered off-limit zones to the Israeli military. The military claims they were sabotaging the fence but that’s as believable as thousands of rockets bombarding Israel.