Apparently, Hindutva nationalist veterinarians & doctors in the US & India do not care that under the Geneva Conventions even prisoners of war “must at all times be humanely treated.” They shouldn’t disgrace themselves further with protest letters to The Lancet but should take this directly to the International Criminal Court or UN for a repeal of the Geneva Conventions since no one complies with them anyway. 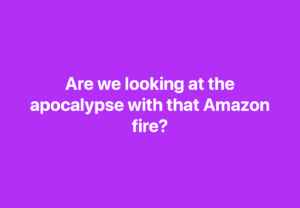 MC Kash, the rap troubadour of the Kashmiri freedom struggle: ‘My People’.

Not even six-months ago there wasn’t very much media coverage of Kashmir, including during the 2016 massive uprising & military crackdown. Now it’s hard to keep up with all the coverage. Like the Wall Street Journal reporter said, Modi has internationalized Kashmir.

Under US law, little children arrested for entering the country don’t have the right to demand a court-appointed lawyer or interpreter. Watch this video to see what inhumanity & mockery of justice that means. The criminality begins when they arrest a child, dump them in concentration camps, & then bring them to these kangaroo courts.

Some who oppose economic boycotts do so because they think it hurts working people. You should see the righteous ‘left Zionists’ get on their high-horse about BDS hurting Israeli workers. I’ve been working class all my life & that’s where my loyalties lie. But I don’t think it’s wrong to put the squeeze on workers if they support & benefit from apartheid, genocide, occupation, war. When right-wing workers came out marching to support the Vietnam War, there wasn’t a single working class antiwar activist that cried crocodile tears for them. When farm workers in the US were trying to organize a union, they didn’t hesitate to call boycotts of produce harvested by non-union workers.

There’s a fallacy in the reasoning that boycotts hurt workers. The reason they’re so effective is that they hurt capitalists to whom profits are the almighty. What really hurts workers is the exploitation of sweatshops & child labor which Indian capitalism thrives on. What really hurts workers is militarism which drains the economy, puts nothing back into it, & turns young men & women into killers with no rehabilitation services when they’re sent home. But then how do you rehabilitate those who under orders did the unthinkable?

Haaretz just reported that, with the exclusion of the elite, their public education is ‘lousy’ & Israeli adults have ‘lower levels of basic workplace skills as a result’. That isn’t just malicious neglect of working class schools but the fact that Israel has all its resources tied up in the occupation, in bombers, in snipers, & the entire military edifice of colonialism. The US steals money from the Social Security trust to bankroll its endless wars; its veteran hospitals & services are rotting, it’s systematically trying to destroy public education, social services, Medicare, Medicaid, food stamps, all just to pay for its wars. India has an estimated 18-million kids working in the streets, a huge percentage of them homeless. Eighteen-million children is almost double the entire population of Kashmir. But India has billions tied up in the occupation with hopes it can solve its economic problems by the ‘unfettered exploitation’ of Kashmiri resources like hydroelectric power. It isn’t the 18-million Indian children nor any Kashmiris who would benefit from that but only Indian billionaires.

One could go through every country of Europe, China, Burma, & elsewhere & find the same story. One could write hundreds of volumes about the colossal cost of militarism on the lives of working people. But you couldn’t write much at all about the cost of boycotts on working people because they are intended to put economic & political pressure on oppressive governments run by capitalists to force them to change their policies. 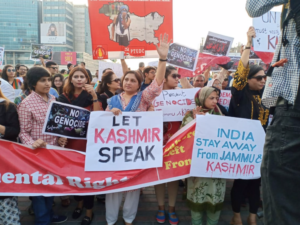 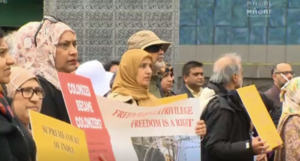 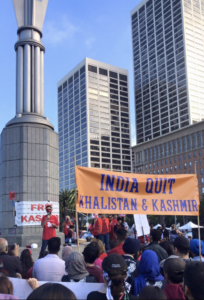 Letter to Editor in an Indian magazine to which one doesn’t know whether to laugh or to cry:

“I hope Kashmiri people affected by the communications blockade & unable to enquire about the well-being of their dear ones can now relate to their uniformed fraternity–the Indian Army soldiers & police personnel who don’t get to speak to their family members back home for weeks.”

Indian activist Satyadeep Satya’s response: “The only decent response to this ignorant & inhuman bully’s words: ‘Bring Your Boys Back Home!’ (or ‘Go India, Go Back!’