Though I am not prone to social panic or political hysteria, I am prone to respiratory illness & nearly died twice from the flu. Or at least it felt like I was dying. Social distancing & isolation seems a wise tactic to get through this pandemic, however long it lasts, but for most seniors, social isolation is already a problem. You just have to remember that temporary isolation beats dying. You can get a lot of things done, like catching up on reading, listening to music, dancing with the door jamb, decluttering, or spending more time on social media talking to each other. 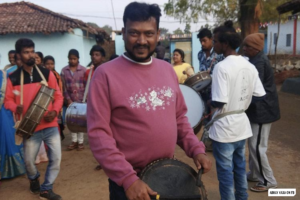 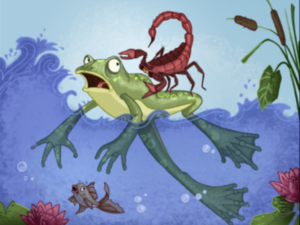 Culling the herd, also called eugenics, is not the answer to coronavirus. High quality medical & health care systems available to all makes life possible for all of us. And that should be our demand. 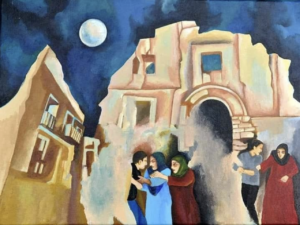 How will the Assad regime deal with a coronavirus epidemic when Syrian & Russian bombers have destroyed so many hospitals? Is that why the regime denies any cases of the virus in Syria? Or do they just see the virus as part of the ‘culling game’ & fewer revolutionists & refugees to deal with?

Basharat Bhat on the revelation of Indian politician SP Malik that the puppet civil & security bureaucrats in J&K were ready to kill over 1,000 Kashmiri protesters in the aftermath of abrogation of article 370 had there been mass protests & a defiance of curfew:

“”As flies to the wanton boys
So are we to the Indian state’s agents
[read super-imposed, cruel, haughty bureaucrats]
They kill us for their sport”
(with apologies to Shakespeare)

The previous Governor reveals how the honourable Chief Secretary of the state, the leading bureaucrat in charge of J&K, was ready to slaughter more than 1000 Kashmiris in the aftermath of the abrogation of 370, and so very nonchalantly!! Anyways, who cares for Kashmiri lives; they are so cheap and expendable!! Good that these murderers were not given a chance by the sane dissenting method of Kashmiris this time which foiled the blood dimmed designs of these people.

And speaking of bureaucrats from the mainland who have tortured Kashmir since long, Agha Shahid Ali’s poem ” Muharram in Srinagar:1992″ comes to the mind:

“Death flies in, thin bureaucrat, from the plains—
a one-way passenger, again…
He travels first class, sipping champagne…
… Our hands disappear. Sipping champagne,
he goes through the morning schedule for Doomsday.
‘Break their hands.’ Will ours return with guns, or a bouquet?
Ice hardens its fat near his heart. We’re cut to the brains.
He memorizes, clause by clause, the contract for Doomsday.
We mourn the martyrs of Karbala, our skins torn with chains.
Ice hardens its fat near his heart, and we’re cut to the brains.
Near the ramp colonels wait with garlands by a jeep.
(O mourners, Husain bleeds, tear your skins with chains!)
The plane lands. In the Vale the children are dead, or asleep.

He descends. The colonels salute. A captain starts the jeep.
The Mansion by the lake awaits him with roses. He’s driven
through streets bereft of children: they are dead, not asleep,
O, when will our hands return, if only broken?

The Mansion is white, lit up with roses. He is driven
through streets in which blood flows like Husain’s.
Our hands won’t return to us, not even mutilated, when
Death comes—thin bureaucrat—from the plains.” 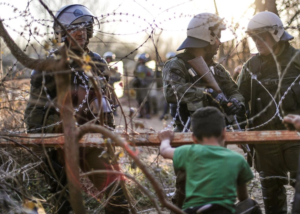 The coronavirus magnifies the health crises of refugees held in US & European concentration camps a hundredfold. With human rights activists hunkered down in their homes to avoid contagion & not protesting, thousands of refugees are left on their own against regimes that see them as fit for the culling.

Open the damn borders. Asylum to refugees is a human right. 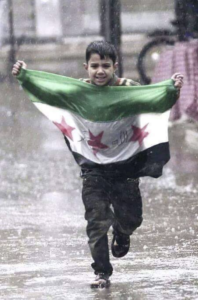 “In the Middle East we’ve had these bans in place for decades to help stop the spread of the worst pandemic of them all: protests.”