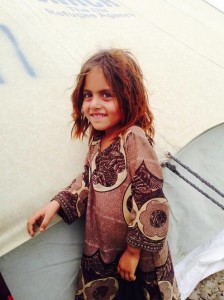 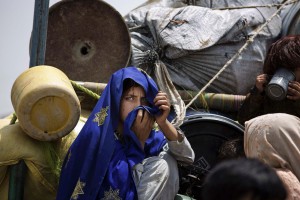 It’s not as if Pakistan didn’t have conflicts enough before the US-NATO war in Afghanistan. When the British Raj ended its colonial rule over the Indian subcontinent in 1947, it partitioned the region into India as a secular nation & Pakistan as an Islamic republic. At its outset, the partition plan displaced over 12 million people with a death rate estimated from several hundred thousand to a million. Since the partition, the two countries have been involved in four major wars & many border skirmishes, mainly over Kashmir, & in 1971 over the independence of Bangladesh.

Another conflict left from British colonialism is the one between Pakistan & Afghanistan over their shared border which was engineered by the British in 1893, dividing & separating Pashtun tribes from each other. In brief, it can be said that British colonialism left a monstrous heritage of conflict in South Asia.

Many speak favorably of the Soviet Union’s nine year occupation of Afghanistan (from 1979), as if it was a salvation army liberating everything in its path. That would be like viewing the US as emancipating Vietnam. Among the worst legacies of that war is thousands of land mines which continue to kill & maim; millions of Afghan refugees in Pakistan, Iran, & elsewhere; & creating a political situation where thousands of US covert operatives poured into the region along the Afghan-Pakistan border to fund, train, & organize guerilla militias against the Soviet occupation.

In a labyrinth of intrique involving Saudi funding & regiments of imported fighters from Arab countries & Central Asia, Pakistani covert operatives founded Taliban militias (in 1994) based on Islamic fundamentalism. The Pakistani government has been behind them every inch of the way with funding, recruiting, training, planning & directing, providing facilities, supplying weaponry, & diplomatic cover. According to many sources, up to 100,000 Pakistani paramilitary & regular soldiers fought with the Taliban to overthrow the existing Afghan government & set up an Islamic republic compatible with the Pakistani regime (in 1996).

Since the early 1950s, Pakistan has received billions of dollars in US military aid. Over three decades of that time, Pakistan was under direct military rule. The only ebb in the flow was during the period when Pakistan was running the Taliban operation in Afghanistan. So Pakistan was really in no political position to take on a role in the US-NATO war to overthrow the Taliban in Afghanistan. But they have been a junior partner in the barbarism since the spigot of military aid was turned back on in 2002.

The Afghan-Pakistan border remains a volatile region for several reasons: Taliban militias continue to use it as a base where they are likely still supported by the Pakistani military. They can launch cross-border forays into Afghanistan & then retreat. And because Afghanistan is a land-locked country, NATO fuel & supply routes to Afghanistan travel overland from Karachi on the Arabian Sea.

This strategic location explains the US drone bombing campaigns throughout the entire region which have killed thousands of civilians & destroyed their homes & livestock. The CIA drone program, which escalated under the Obama regime, was so harshly criticized that it was pared back this year–though not entirely ended. Does that explain why the Pakistani military is now on a bombing rampage in the border area of North Waziristan? Ostensibly, according to the Pakistani regime, the bombing is to rout out the Taliban & other foreign militias once & for all. And of course the Pakistani military would know just where those militias are. But what instead is happening is that an estimated 300,000 civilians from the region are being bombed into a massive exodus–& the number is expected to climb.

Does it make any sense at all to rout what is expected to reach 400,000 people to take out several thousand Taliban? Or–to put it directly–are the Pentagon & Pakistani military blowing smoke up our rumps!?

It’s clear the Taliban is running roughshod & tyrannizing the residents of the border provinces in Pakistan; it’s indisputable they must be stopped. But the way to do that is not to bomb the entire region into smithereens. The way to do it is to mobilize public opposition to the US-NATO war, opposition to Pakistan’s central role in orchestrating it, & to the regime’s playing both sides of the fence at the expense of the people of Afghanistan & Pakistan.

This young girl from North Waziristan is among thousands of villagers fleeing Pakistani bombers pounding the region. Our solidarity is with them.

Stop the bombing in Pakistan! US-NATO out of Afghanistan & Pakistan! It’s time for the people of Pakistan to take that corrupt regime out & replace it with one they deserve. (And that goes as well for the US.)