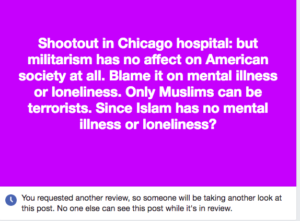 This is the meme I posted on November 20th which Facebook claims violates its community standards & issued me the fourth 30-day suspension I’ve received so far this year.  It’s not that irony escapes Facebook censors but that they have targeted me for my politics. The 1st suspension was about affinities between the Palestinian & Kashmiri struggles; the 2nd & 3rd were posts protesting Islamophobia. See any pattern? 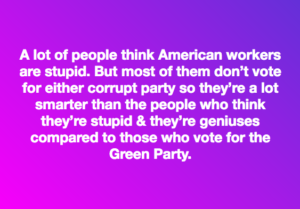 This despicable statement by Trump expresses not just his own corrupt views but US government policy toward Saudi Arabia despite its egregious human rights crimes—most recently the absolutely gruesome beheading & dismembering of Jamal Khashoggi—& 3 1/2 years of carpet bombing Yemen. How is it conceivable that such a government as the US is capable of humanitarian military intervention? If it vituperates & bombs like a genocidal regime, if it can publish such arrant apologetics for a murderous feudal regime, then don’t be so foolish as to impute any humanitarian impulses to it—lest you end up betraying elementary human & political solidarity with Afghans, Iraqis, Syrians, Yemenis, Libyans, Somalians, Palestinians.

Every time there’s a suicide bomb in Afghanistan, it hits the news. But the fact that the US had dropped more bombs there so far this year than in any of the other 17 years of occupation hasn’t registered a single headline. The sole purpose of dramatizing suicide bombs—as in Iraq—is to justify continued US occupation. And of course appeal to racism by imputing an anarchic savage nature to Afghans. Truth is, who the hell know who sets off those suicide bombs? Not that there aren’t Afghans capable of such acts, but suspect CIA involvement. 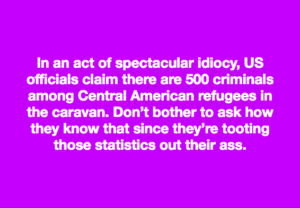 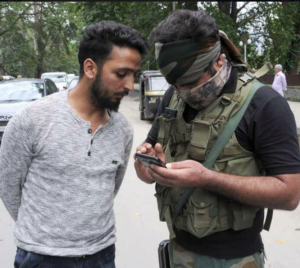 An Indian soldier is going through private communications on a Kashmiri man’s cell phone: India’s search & seizure laws are much looser than search & seizure laws in the US which are part of the Bill of Rights (though routinely flouted in the Black community). In India they are still only lawful in criminal proceedings—except in occupied Kashmir or among dissidents where just walking down the street constitutes suspicious activity.

Called the criminally suggestive act of driving while Black in the US, aggressive use of search & seizure has led to egregious human rights crimes against Black youth. In Kashmir, such violations don’t involve just combing through text messages for those walking while Kashmiri. Violations of India’s too broadly defined search & seizure laws are integral to Cordon & Search Operations—the least of which offenses are house to house searches. 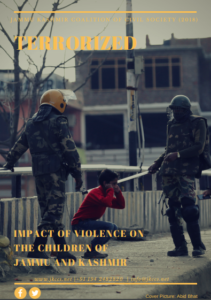 An important report published in March 2018 by the Jammu Kashmir Coalition of Civil Society (JKCCS) on the different forms of violence affecting children & the impact of violence on children in occupied Kashmir. It also provides a historical overview of the occupation & an understanding of just how brutally violent it is. It’s 63 pages of very powerful & damning information.

I’m preparing a report on Cordon & Search Operations in Kashmir which have escalated dramatically since the uprising in 2016. I’d like more information about their use up till the late 90s & am having some trouble finding it. Do any Kashmiri friends have a good resource on the issue? Our ignorance about your struggle must be appalling & distressing to you but we’re trying very hard to correct that. 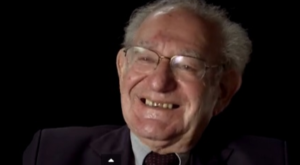 In an interview before his death in 2014, 80-year-old Hajo Meyer, a Jewish anti-Zionist Auschwitz survivor, said: “If we want to stay really human beings, we must get up & call the Zionists what they are: Nazi criminals.” He added that Zionist brainwashing of Israelis means “They cannot see a Palestinian as a human being” & his message to Palestinians was that “they should not give up their fight.”

One of his last political acts was joining with forty other survivors of the Nazi genocide in a public letter condemning Israeli genocide in Gaza. He was a supporter of BDS.

(Photo is screenshot of Hajo Meyer from “My Good Fortune in Auschwitz”, a documentary about Meyer by Reber Dosky.)