Indian media reports that 190 schools in the Srinagar school district will reopen next Monday. Would you feel safe sending your little kids to school with Indian troops armed to the teeth every few feet & known to shoot without provocation?

This article is not just about the impact of the military siege on Kashmiri healthcare but about the sanitation problems & other basic systems effected. You cannot shut a country down & expect basic services to function, let alone commerce. This may be part of the humiliation, bring Kashmiris-to-their-knees tactics of India but as Sanjay Kak pointed out in his interview, it is far more likely to generate more massive resistance to the occupation.

“Appalling that activists of human rights group Rihai Manch, as well as Sandeep Pandey, Arundhati Dhuru etc were placed under house arrest to prevent them holding a peaceful #StandwithKashmir demo in Lucknow! SHAME. Showing empathy with Kashmiris is being criminalized.”

A quite brilliant interview with Sanjay Kak, a filmmaker in India & a Kashmiri Pandit (whose parents live in Srinagar) who has long written & spoken out cogently for the Kashmiri freedom struggle. 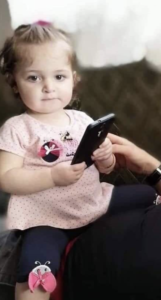 Dalaa Khaldoon Bakir, a little girl killed by Syrian & Russian bombing of Idlib. The terrorist group she belonged to has not been identified by Syrian authorities.

May she Rest In Peace.

This is an important article about the mass arrests of political activists & leaders in Kashmir. One wishes media would stop including Mufti, Abdullah, & Faesal among the political prisoners since they remain collaborators & are just positioning themselves to emerge as misleaders if India continues to hold the real political leaders of the Kashmiri freedom struggle. They’re the same ilk as Palestinian Mahmoud Abbas & incapable of leading the struggle for #azaadi.

It’s extremely worrisome that India will not release the names, actual numbers of arrestees, or where they are detained. The entire purpose is to behead & disorient the struggle for independence since forging an uncompromising, authoritative, capable leadership is extremely difficult. That’s why colonizers have always assassinated so many of our most brilliant & uncompromising leaders in the US, Africa, Latin America, Asia, the Middle East.

A central demand of our protests & campaigns, & hopefully a boycott of Indian products, must be ‘free all Kashmiri political prisoners’. It will certainly be a central demand for Kashmiris. 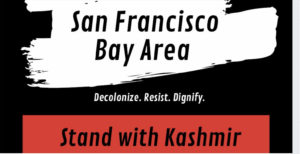