Homeless in Sonoma County, California, USA: This is a peculiar face of homelessness in the US. Several decades ago, auto manufacturers racketeered against public transportation to shut it down so in most cities a car is an absolute essential for survival. Even the poorest working families have to own one just to get to work or get groceries.

So when working people go homeless because they can’t afford ever more exorbitant rents, they often live out of their cars. It provides some measure of protection from the weather & from being assaulted. It doesn’t provide much safety nor does it provide toilet, or shower, or cooking facilities but it’s better than sleeping under a bridge in the freezing rain.

In many US cities, homelessness is being criminalized with new ordinances (including against offering the homeless food or money), police breaking up homeless encampments, & laws against using vehicles for human habitation. But in an uncustomary display of human empathy, Sonoma county officials north of the San Francisco area created a safe parking program in January as an emergency response to freezing weather & removed the ban on living in your car. Similar programs exist in a few other California counties.

You can see on the face of this fellow, named Anthony Contreras, the loneliness & desolation of being in such an uncomfortable predicament. But the shame is not his since millions of working people in the US are paid chump change for their work & are unable to afford even squalid housing.

Housing is a human right! Working people are not beggars but the creators of all wealth & when we understand that in our bones, we will put an end to this ignominy. 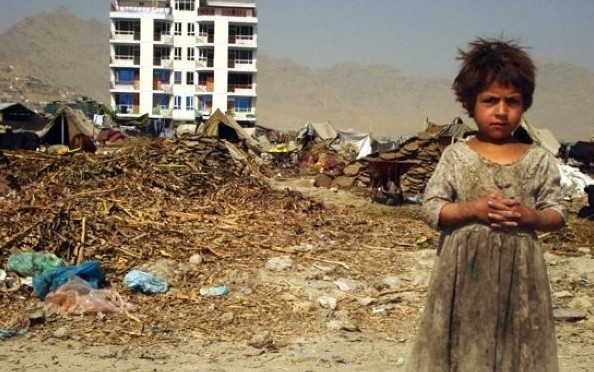