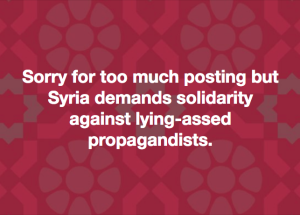 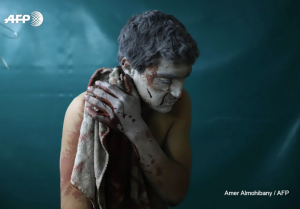 Cut through the propaganda & stand with the Syrian people by demanding the immediate cessation of Syrian, Russian, Turkish, & US coalition bombing of civilians & the immediate, unconditional withdrawal of all foreign military forces from Syria. 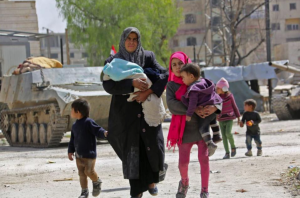 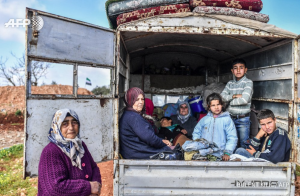 According to the BBC, 6.1 Syrians are internally displaced. That means homeless, in makeshift tents, or running for their lives. Another 5.6 million have fled abroad & because of the news blackout about refugees, their fate is mostly unknown. An estimated 400,000 have been killed, disappeared, or incarcerated. The estimates include those affected by US coalition bombing of civilians. As of late February, 625 civilians were injured or killed in Afrin & as of early March, 4,829 civilians were injured & 1,180 were killed in Eastern Ghouta.

Stand with the Syrian people & demand the immediate cessation of Syrian, Russian, Turkish, & US coalition bombing in Syria & the immediate, unconditional withdrawal of all foreign military forces from Syria.

(Photo from Eastern Ghouta from Nino Fezza on Twitter; photo from Afrin by Bulent Kilic/AFP)

Australian Assad propagandist Mimi Al-Laham (aka Syrian Girl or Partisan Girl) twittered that one of the reasons Syria was “invaded” is that it’s one of the only Middle East countries without a US fast food chain. So reminiscent of her boast that Assad drove a Toyota to Ghouta without armed guards to rally Syrian troops in the current genocide. More reminiscent of fascist Eva Bartlett’s claim that Syria is a secular democracy because the Assad regime doesn’t allow GMO agricultural products. Fascism can only draw on the dregs for apologetics. 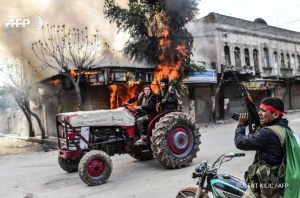 Let me just say that it is deranged to make comparisons & weigh the levels of human suffering between the carpet bombing of civilians in Ghouta by Syrian & Russian war planes & the carpet bombing of civilians in Afrin by Turkish war planes. Fifty-two years of antiwar activism & it never dawned on me to make such odious comparisons. Only someone who looks to US war planes to liberate Syria from Assad could even dream up such crap. 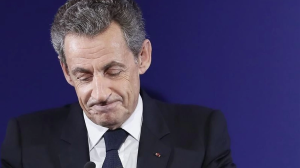 There’s so little to celebrate these days in the ways of justice. But the arrest of Nicholas Sarkozy for accepting suitcases of cash from Muammar Gaddafi to finance his 2007 presidential election is a bonanza of jubilation. Of course money laundering & payola are the least of his crimes. He ought to be standing trial before an international human rights crime tribunal for his persecution of the Roma people by raiding their camps & deporting them against EU policy; for his xenophobic & anti-immigration policies; for inspiring hate crimes & discrimination against Muslims & denying them freedom of religion by outlawing the burqa; & by his role in the 2011 war against Libya. Gaddafi was a dictator & no prize package but it was up to the Libyan people to depose him (as they were in the process of doing), not US & European bombers.

With that mouth thing in this photo, our man is using the international language of politicians caught in the act. But he has no shame for his crimes; only regret he got caught. He has friends in high places. So like IMF heads Christine Lagarde accused of financial corruption & Dominique Strauss-Kahn accused of rape, it’s likely Sarkozy will walk. We can only hope he’ll rot in hell someday & that French working people will complete what they began in 1968.

This article by Pakistani journalist Usman A Khan Tahir from a year-ago commemorates the beginning of the Syrian revolution against Assad’s dictatorship. It is worth rereading because it brings clarity against the white noise of Islamophobic, anti-Semitic, & fascist propaganda. 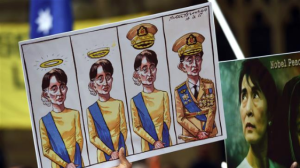 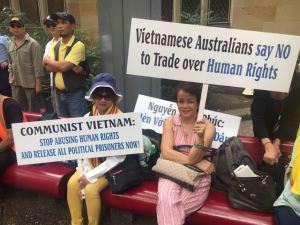 The Association of Southeast Asian Nations (ASEAN) summit was held this past weekend in Sydney, Australia hosted by prime minister Malcolm Turnbull. There were no political breakthroughs in the character of ASEAN which is a trade & military alliance between ten repressive regimes in Southeast Asia, including Burma, the Philippines, Thailand, Vietnam, Cambodia, Indonesia, Brunei, Laos, Malaysia, Singapore. Other countries are involved with ASEAN (China, Japan, South Korea, Australia, India, New Zealand, Russia, & the US) just in case repression, death squads, occupation, & genocide need additional reinforcements. But of course most of those countries are already involved by supplying arms & military equipment (as in Burma against the Rohingya people), by refusing to impose sanctions or denounce the crimes against humanity & by providing justification for those crimes.

The issues of the Rohingya genocide in Burma, vigilante death squads in the Philippines, military repression in Thailand, & political repression in Vietnam & other nations never came up because the primary concern was thwarting the growth of terrorism in Southeast Asia. It’s reported that Malaysia’s Prime Minister Najib Razak took a diplomatic jab at the Burmese junta by saying the “suffering” of the Rohingya people “posed a threat to regional security because they could be more easily recruited by Islamist extremists.” Are we supposed to applaud this detestable evasion of the issue of genocide; the attempt to portray political resistance to the persecution & genocide of Muslims as terrorism; the attempt to portray the Arakan Rohingya Salvation Army (ARSA) as Islamist terrorists rather than freedom fighters?

In a deplorable expression of white supremacy, Human Rights Watch (HRW) issued a briefing paper titled “Human Rights in Southeast Asia” on the condition of human rights in eight of the ten ASEAN member nations & called on the Australian government to intervene at the summit on behalf of human rights. HRW is not unaware of the unspeakable human rights crimes of the Australian government against immigrants, refugees, & its indigenous peoples. Why would they posit the delusion that Australia could or would play a progressive role in addressing human rights criminality in Burma or elsewhere against considerable evidence to the contrary?

The most consequential thing about the ASEAN summit were the protests by thousands of Rohingya, Vietnamese, Cambodian, Laotian, & Thai refugees denouncing human rights crimes in their native countries & demanding action from the Australian government instead of complicity with repression & genocide. The Cambodian prime minister Hun Sen actually threatened refugees who protested saying “If you dare to make an effigy of me & burn it, I will pursue you & beat you in your homes.” Consider his arrogance in threatening refugees living in another country. That did not stop them from burning his effigy.

Photos are from protests at ASEAN summit. 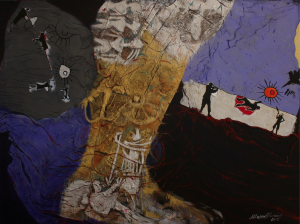 Masood is the artist who did the series of digital art portraying child pellet gun victims. He said: “I couldn’t bear the fact that our kids are being blinded by the pellets. I decided to protest through my artwork & let the world know what is happening in Kashmir.”

Art is visual & best left unexplained. But this work about the hunt to kill operations, now a daily fixture in Kashmiri society, renders a dark & almost mythical barbarism to what Kashmiri men, women & children live with under military occupation.

Kashmir artists, poets, & musicians lend their voices & are an essential part of the struggle against occupation & for human freedom. 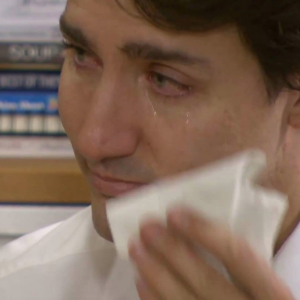 What the world does not need is another photo of Justin Trudeau crying like a baby about Syrian refugees. It wasn’t that long ago that Canadian war planes were dropping bombs in Syria. It is not entirely certain if they still have ground troops there or are providing military aid in another form to the US coalition as they did in Iraq & Afghanistan. What we do know is that Canada, under Trudeau, sold weapons to Saudi Arabia whilst it is bombing Yemen to smithereens; that Canada has warships deployed to the Aegean Sea to prevent refugees from crossing into Europe from Turkey; that he didn’t lift a finger or impose sanctions against Burma to help the Rohingya people against genocide. So he can stuff those crocodile tears where the sun don’t shine.

One FB site declared Trudeau “the pride of the world, a great hero of the time.” That’s called bootlicking a war criminal. He’s no hero to the people of Syria, Iraq, Yemen, or to principled antiwar, refugee rights, or human rights activists anywhere in the world.