Antiwar & socialist activists I’ve organized & marched with for over 50 years have not uttered one word against Syrian & Russian bombing of civilians in Eastern Ghouta. Because they support it. But then, despite their US regime change rhetoric, neither did they write a peep of protest about US bombing of civilians in Mosul or Raqqa. Nor for that matter have most of them ever had much to say about the Arab Spring uprisings, the occupations of Kashmir & Palestine, the genocide against the Rohingya people, or the wars in Afghanistan, Iraq, Yemen, Somalia, & Libya. It’s not exaggeration to say that when political activists begin to fall apart, the first thing to go is a commitment to oppressed humanity whoever they are, wherever they live & instead a preoccupation with trade union activities within their national borders. It’s an iron law of political degeneration. 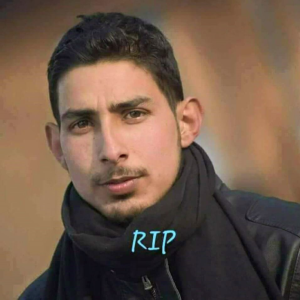 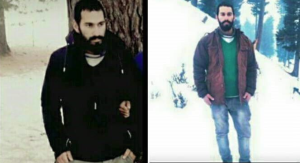 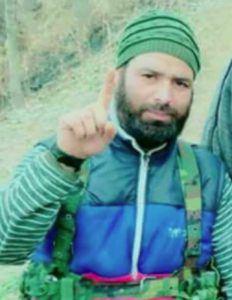 Stand with the people of Kashmir & demand the end of occupation & self-determination for Kashmir.

The man in the top photo is Suhail Khalil Wagay; the young man in the black jacket on the left is Mohd Shahid Khan; the man on the right in the green sweater is Shahnawaz Ahmad Wagay. They were the three young men riding in a car. The bottom photo is Shahid Ahmed Dar.

They were killed mistakenly and we apologise for the murder
#MistakenIdentityTheory

Now
They were OGWs, they were at wrong place #OGWtheory

Kill Kashmiris with impunity and justify your actions on the basis of these theories, After all Kashmiris are the expendables and you are accountable for none.
#ShopianbloodBath

The term “oppressed” does not mean pitiful but only those who are being targeted for extreme systematic violence. Pitiful is knowing what’s going on & standing silent while others are facing war, persecution, occupation, genocide. Criminal is when you defend or justify oppression. 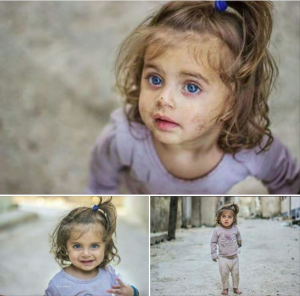 A Syrian child wandering the streets looking for her lost parents: one of those Assad propagandists & their fellow travelers call an actor, a terrorist, or a human shield for terrorists to justify carpet bombing of civilians.

Kashmiri Zafar Iqbal writes: “Little princess innocent enough, with her watercolor blue eyes full of enthusiasm for toys and Barbie dolls and bubble wands and cuddles and kisses and cookies and wafers and bees and butterflies is meanwhile wondering the streets of Syria looking for her lost parents.

“PS- Of course you know, this means war.”

Join a protest rally demanding the immediate cessation of Syrian, Russian, & US coalition bombing of civilians & the immediate, unconditional withdrawal of all foreign military forces from Syria. Out Now!

“it is not surprising to find many people whom I have deleted for their blatant Islamophobia in the past, turn out to be cheerleaders of Bashar Al Assad’s genocidal war against Syrians. it seems I have not wasted much of my time on social media. more power to people of Syria, Palestine and Kashmir whose legitimate struggles have been smeared with false charges of terrorism by the worse perpetrators of state terrorism and their cheerleaders.” 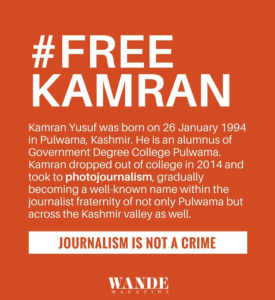 Six Months in Jail For Doing Your Job

“Kamran Yusuf was born on 26 January 1994 in Pulwama, Kashmir. He is an alumnus of Government Degree College Pulwama. Kamran dropped out of college in 2014 and took to photojournalism, gradually becoming a well-known name within the journalist fraternity of not only Pulwama but across the Kashmir valley as well.”

Kamran Yousuf, 24, is a freelance Kashmiri photojournalist who has spent nearly six months in an Indian jail following his arrest by India’s National Investigation Agency (NIA). Several journalism bodies around the world have condemned his arrest and demanded his immediate release.

Not to be paranoidal, but what’s with this face recognition stuff Facebook is offering? 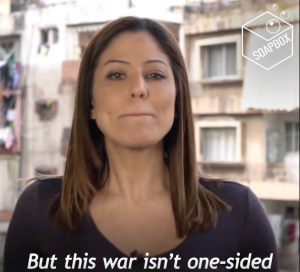 The execrable, marble-mouthed Rania Khalek once accused the Syrian army of poisoning her when she was embedded up their ass to witness the devastation of east Aleppo. Now she has produced a video for RT affiliate In the NOW justifying Syrian & Russian carpet bombing & denouncing the 400,000 civilians of Eastern Ghouta as terrorists. She is a corrupt, know-nothing hack who will say anything to further her career. When you build your career on groveling, kissing ass & sucking up to state power, you will find good jobs. But when you sell your worthless soul for personal gain, especially to support war & fascism, you will be seen by the best of humanity for what you are. Justice does not forgive the scoundrel.

(Photo is marble-mouth Khalek. Video can be found on FB wall of In the NOW. I would require an exorcist if I posted it here.)