ABC network is bringing back the Roseanne sitcom where the multimillionaire Trump supporter Roseanne Barr plays a working class white woman as stupid, vulgar, & reactionary as she is in real life. It’s an 8-episode reboot using the traditional TV formula of portraying working people as stupid. Will anyone be surprised if it bombs?

Correct me if I’m wrong, but wouldn’t you agree that racism, white supremacy, xenophobia, Muslim-hating, & misogyny are the hallmarks of Trump’s politics? Call me pollyanna, call me crazy, but I don’t believe that crap represents the majority of Americans.

Welcome to Trumpland: news is reporting that the US just deported Miquel Perez, a US military veteran with two tours of duty in Afghanistan who came to the US at the age of 8 as an undocumented immigrant. He was deported & just dumped in Mexico–a country which at this point he has no associations with except familial. He was picked up for a drug offense–probably self-medicating for PTSD. The US does the exact same thing with thousands of undocumented immigrants who they deport. They bus them to the bridges & let them go with no provisions for their housing, transportation, safety. If they have been caught trying to cross more than once into the US, they get dumped further into the interior of Mexico, regardless of where they are from.

Open the damn borders. No human being is alien to us.

Hopefully all who denounce identity politics for whatever idiotic reason will take note that identity politics is bringing powerful sleaze-balls down one after another. Maybe there is something to fighting back for women, Blacks, Latinos, LGBT, & others oppressed for who they are. Can the denouncers concede the obvious? 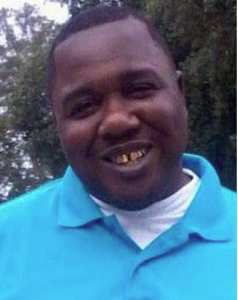 Yet another miscarriage of justice in the July 5th, 2016 fatal shooting of 37-year-old Alton Sterling. He was first stun gunned & then shot several times at close range while being held down by two Baton Rouge, Louisiana police officers. In May 2017, the US Department of Justice chose not to file criminal charges against the officers for excessive force & misuse of authority. Today the Louisiana attorney general announced the state will not file charges because the officers acted in a “reasonable & justifiable manner.” There are several cellphone videos of the violent encounter documenting violations of police procedure & excessive force. The state refuses to release most of those videos.

Apparently Sterling has a criminal record from a similar encounter with police in 2009. That may be so but the Department of Justice & Louisiana attorney general were not asked to adjudicate that case for which he was tried & served a few years in jail. They were asked to judge the 2016 fatal shooting of a man pinned to the ground. As the Sterling family attorney said in 2016, “You can judge a man by his past, or in this case you can judge him by what we saw in the videotape. All that matters is that videotape.”

The devastated family say they have no more tears left to cry but they have plenty of fight left & have initiated civil litigation against the officers & hopefully city & state officials.

Photo is Alton Sterling. May he Rest In Peace. Sincere condolences to his family & friends.

This is a useful article about an investigation, more a sting operation, about a “cash for coverage” deal bribing Indian media sources to promote the Hindutva nationalist political agenda. Reminiscent of the CIA planting false stories to promote their nefarious agenda & create false realities. One can’t go all paranoid about reading mainstream media or you’ll end up a cynic or nihilist. Any researcher worth reading reads plenty & learns plenty from reading mainstream media, especially when so-called alternative media is filled with just as much rubbish, plus paranoidal nihilism. Reality is concrete & can be understood. Conspiracy theories are mostly unverifiable & filled with evil monsters. No one speaks ex cathedra. So it’s useful to learn how to use media, how to study a complex issue, how to sort the wheat from the chaff from information sources which have a bias & point of view even if they are not promoting planted stories or Hindutva, Zionist, Islamophobic, Anti-Semitic, or white supremacist ideas.

If anyone from Canada is interested in sponsoring a refugee, can you please let me know? I’ve tried to sponsor immigrants from Mexico but my income is now too low & I’ve been refused. You can help an immigrant or refugee get residence & work papers by sponsoring. You don’t have to be rich & you can use a two income family to sponsor. Before I retired, I sponsored & never had issues of any kind. 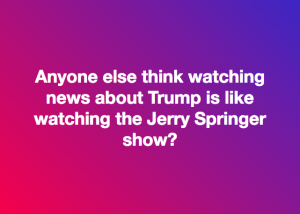