So many of those who support Assad & Putin are campaigning for Bernie Sanders. They are joined by so many who oppose Assad & Putin. Tell us how that works? In the real world, not just in lesser evil fantasy land.

At least 1.4 million Syrians fleeing Syrian & Russian bombing are living in refugee camps on the Turkish border sustaining sub-zero temperatures in canvas tents. Can someone from the Assadist & Stalinist cult explain to us how that is ‘liberation’? Or do they just want to keep blithering about Iran, Assange, that abandoned embassy in DC, & Bernie Sanders? 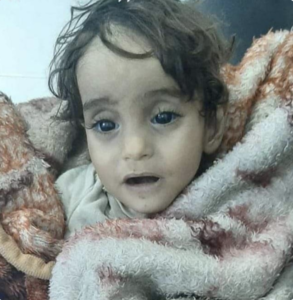 A little girl, not a terrorist: this is Iman Mahmoud Laila who froze to death this morning as her father carried her two hours in sub-zero temperatures to get medical care. The family was displaced by Syrian & Russian bombing from a town in the Damascus suburbs & lived in an IDP camp not equipped for freezing temperatures.

May she Rest In Peace. May all who malign her as a terrorist & call this carnage ‘liberation’ rot in hell. 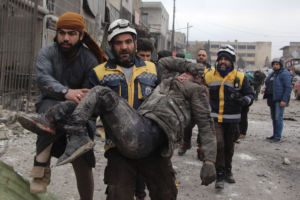 It is reported widely, including by conservative journals, that 12.5 million Muslims have been killed in wars in the past 25 years. Those killed were mainly civilians whose deaths were caused by US-NATO militarism, UN sanctions against Iraq, & Saudi, Syrian, Russian, Iranian, Hezbollah militarism. It is not certain whether Palestinian Muslims, Kashmiris, Rohingya, Uyghur, Somalis, Libyans, & other African Muslims are included in that estimate. Such slaughter is the legacy of the detestable ‘war on terror’–the mantra of modern colonialism–now promoted in Syria by the corrupted & moribund cult which usurped the international antiwar movement. There is no way forward without rejecting the ideology & strategy of the ‘war on terror’ in its entirety.

This photo is from Syrian & Russian bombing of Idlib & Aleppo, now the front lines of the so-called ‘war on terror. In this incident, 15 people, including 8 children, were killed & 54 others were injured.

“This morning a Syrian father carried his freezing daughter out of their {IDP} tent and walked for 2 hours to find a hospital. He walked in the ice cold temperature to try to get her help. When they arrived, the doctors told him she had already died an hour ago!”

Another excellent educational video from Toronto For Kashmir via Kashmir the burning paradise.

What is "Normalcy" in Kashmir? For decades now Kashmiris have been wondering what is "normalcy?" Majority of Kashmiris don’t know what a normal life looks like. Abnormal has become a new normal in Kashmir. What might be considered a horrific day in any other part of the world is considered a normal day in Kashmir.While Indian media and government is busy projecting "normalcy" in Kashmir, Kashmiris live a life far away from what one can call a “Normal life”. The Indian government is trying to project Normalcy in Kashmir post abrogation of Article 370. But, Kashmiris have been demanding basic rights and normalcy for several decades now. Since the 1990s, Kashmir has witnessed extrajudicial killings, rapes, massacres, unlawful detentions, and draconian laws like: AFSPA and PSA which are used to suppress dissent and voices of the people. Post abrogation of Article 370, Kashmir got a little bit of world attention due to the Indian government’s inhumane and undemocratic approach towards Kashmiris, but Kashmiri voices have been ignored for decades now by UN and international community at large.Although, Kashmiris don’t have any high hopes from international community or UN, still it is unfortunate and disheartening for Kashmiris to see international delegates visiting Kashmir. They are enjoying boat rides in high security, while Kashmiris are caged and threatened in their own homes. People who don’t belong to Kashmir can come to Kashmir and enjoy their time there amid tight security, but Kashmiris fear for their lives at every day, every step, and at every second. These attempts of claiming normalcy while violating several human rights is an attempt to cover up the truth and suffering of Kashmiris. #EndTheOccupation #KashmirStillUnderSiege #ResistToExist #LetKashmirSpeak

Posted by Kashmir the burinng paradise on Thursday, February 13, 2020

Kashmiri Zachriah Sulayman’s explanation for how the “Afghan joker” saw students walking to school in Kashmir when schools have been closed for months:

“How can we say? We always look for students on the roads. The real students fly on brooms and can disappear thanks to the Hogwarts school of magic and wizardry located at Nowgam. The school is one of its kinds. It not only teaches young students how to show themselves to specific people but also the defence against dark arts. Though we are yet to discover this magical community living in our valley, scholars suggest that we should maintain peace with the magical world lest we might face problems. Many people are believed to have seen these magical people, sometimes they’re dancing on the roads while non-magical people are locked up.”

Far be it from me, an electronic know-nothing, to advise Kashmiris on VPN technology. But maybe those of you who are tech-savvy & have posted before about how to access VPNs can again post instructions on how to do that.

Syed Ali Geelani speech asking “Do you still really not know what we want?”

“Do you still really not know what we want?” #Geelani asks “interlocutors” and #India in 2010. A decade later, #India still pretends it has no idea.

Posted by Stand With Kashmir on Thursday, February 13, 2020 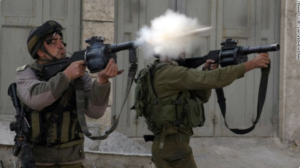