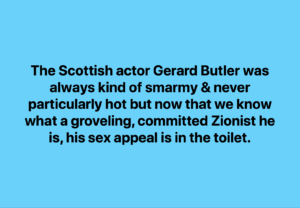 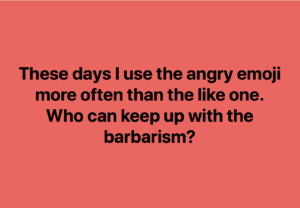 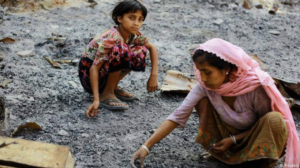 Many share reports from the International Crisis Group (ICG) which distinguished itself in 2016 by denying genocide against the Rohingya & portraying them as “jihadists.” After that shameful spectacle very little of what they report is worth a damn & should only be read to understand how ‘war on terror’ ideologues operate. This is a hatchet job I did on the ICG after their deplorable denial of the Rohingya genocide.

December 19, 2016
The International Crisis Group (ICG) just released a 25-page report titled “Myanmar: A New Muslim Insurgency in Rakhine State.” Many will want a “nuanced” analysis of the report. That kind won’t be forthcoming on this wall; this will be as much of a hatchet-job as can be mustered because the report is contemptible & dishonest in every possible way. It denies genocide by the military junta against Rohingya Muslims, soft-pedals the scale of military violence in Arakan since October 9th, & endangers Rohingya refugees by claiming those in Saudi Arabia, Pakistan, Bangladesh, & possibly India are organizing fatwas & are behind the rise of “jihadist” terrorist groups in Arakan state.

Perhaps we should begin the hatchet-job by describing the political character of the ICG. It’s a thoroughly conservative establishment operation formed in 1995 which claims to do field research on violent conflict & conflict resolution. Nothing resolves a genocide so easily or so fast as denying it even exists. The ICG claims to do field research in Africa, Asia & Central Asia, the Middle East, & Latin America but their staff of analysts is almost completely white people from Europe. Nothing wrong with being white; by the time they’re out of early childhood most white people adjust admirably to growing up pasty. But if you claim to speak authoritatively about the complex problems of complex societies you ought to consider hiring analysts from those regions.

The two ICG staff who did the report on the Rohingya are Tim Johnston, a white guy who claims he reported from the region but whose body of work from Myanmar isn’t available on search engines; & an Indian woman who appears to have no credentials of any kind at all. The report is actually worth a read even though one can only trust the periods & commas. The method will be quite familiar to those who read Assadist propaganda & draws from the same cesspool for inspiration: anti-Muslim hysteria & hatred & all that “jihadist” rubbish.

The ICG report presents a problem for Rohingya solidarity & the only possible response for human rights activists is to increase reports about what is actually going on in Arakan state; to demand refugee rights, including no police surveillance of refugee political groups; & to collaborate with refugee activists in building public forums, rallies, protests in defense of Rohinga–whether in Arakan state or any other country.

This is the full ICG report. When you’ve finished reading it, use it for toilet paper:

One should be very skeptical about reports coming from the Sri Lankan government about Islamist terrorism & the Easter Sunday massacre. They’re using the incident to whip up ‘war on terror’ hysteria, including calls for internet censorship in Sri Lanka, intimidating Sri Lankan Muslims, & targeting madrasas (Islamic religious schools) as recruitment pools under the influence of Wahabism or Salafism.

Sri Lankan authorities claim the bombings were carried out by two little-known domestic Islamist groups which may or may not have ties to ISIS. But as we know from Syria, Kashmir, & the Rohingya genocide, ‘war on terror’ ideologues find Wahabi Muslims lurking behind every act of resistance to war, occupation, genocide. It’s important to understand the political forces behind the Sri Lankan bombing but insights are unlikely to come from the Sri Lankan regime.

Syrian warplanes dropping barrel bombs & flanked by their Russian counterparts are escalating a murderous bombing campaign over Idlib province, causing 150,000 civilians to flee for their lives but with nowhere to go. The regime is using the same military tactic it employed in Aleppo of systematically destroying hospitals & medical centers. Most hospitals & schools are of course forced to suspend operations. Assad propagandists Eva Bartlett & Vanessa Beeley report this as “the Syrian Arab Army gathers to cleanse Idlib & Hama of international terrorists.”

There is no hope at this point for those who do not see ‘war on terror’ rhetoric written all over Assadist propaganda. There is no hope for those who justify bombing civilians in order to save a tyrannical regime. The alliance between fascists, libertarians, Stalinists, & erstwhile socialists which justifies apocalypse in Syria has reached the end of the road.

This photo is a wheelchair amid the rubble of Kafranbel hospital in Idlib province which was destroyed by Syrian & Russian bombing. 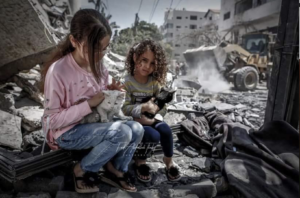 Not to act the know-it-all, but people really need to vet their photos on google image search. A photo shows up in my news feed today as from Gaza & from Raqqa, Syria. It’s true all carnage looks alike but it’s to the advantage of ending violence & war that we are scrupulous about the truth. Remember that Suu Kyi used misidentified photos she called fake news against the Rohingya at the height of her last genocidal onslaught. Lecture over. 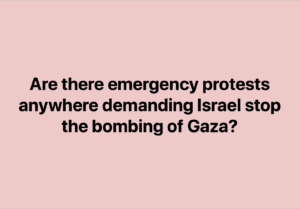 Trump’s politics are consistent & of a piece with war, occupation, & genocide. That makes him the ideal president for US capitalism.

In April, Indian authorities ordered a two-day a week ban on civilian traffic on a main highway in Kashmir for the exclusive movement of military & paramilitary convoys. Soldiers patrolled the highway & erected steel & razor wire barricades at intersections with neighborhood roads which would also prevent emergency vehicles like ambulances & fire trucks.

Now, they are imposing a toll tax to travel on the road for the five days a week civilian traffic is allowed. In its intent to prevent Kashmiris from free movement in their own country, it has shades of an open air prison.