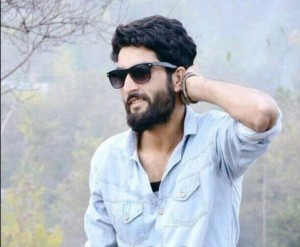 This is 22-year-old Gowhar Ahmed Dar, an engineering student from Srinagar killed when Indian police opened fire & shot tear gas at those protesting the occupation of Kashmir during Indian prime minister Narendra Modi’s speech on Saturday. Media reported young Dar was killed when a tear gas shell struck his head but he was in fact killed by a bullet.

The area was on martial law lockdown to prevent the “Million March” called by independence groups to protest the occupation during Modi’s rally which hundreds of Kashmiris were forced to attend. Under Indian occupation, protesting is not a democratic right–which is always a dead-giveaway to tyranny (like Israeli-occupied East Jerusalem & the West Bank). Police called the protesters a “stone-throwing mob” to justify the assault on unarmed protesters.

The death of Gowhar Dar brought thousands more into the streets & at the university campus. It will also likely increase violent repression by Indian police & paramilitary thugs making international solidarity an imperative.

People around the world are inundating social media with messages condemning the Indian repression & occupation & expressing condolences for the death of Gowhar Dar. You can join the groundswell at ‪#‎IAmGowharDar‬.

Photo is Gowhar Ahmed Dar. May he Rest In Peace.