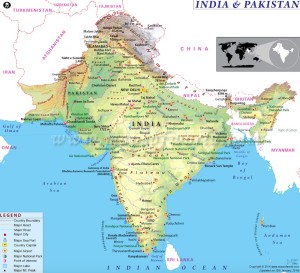 We need to get a hold of why India invests so much of its resources & forces into the occupation of Kashmir. It isn’t just a simple battle over real estate, any more than Israel’s occupation of Palestinian territory. Nor is it just a matter of rightwing Indian nationalism. Kashmiri & Indian activists can probably answer this question better than anyone.

Not long ago, I was preparing a post about India’s power grid in Kashmir & asked Kashmiri Facebook friends about it since I was having trouble unraveling it. Their responses made clear what the economic importance of Kashmir to India is just in terms of electrical power.

There is also the question of regional dominance, including China & Pakistan–since capitalism is admittedly a competitive system (economically & militarily). The US interest in helping bankroll & arm the occupation is bold-faced realpolitik & playing India off against Pakistan at the expense of Kashmiris. If you just look at the countries surrounding the massive Indian state, you get a clue about its place in the political gestalt of the neoliberal system.

I don’t have an elaborated answer to this question & look to the insights of others.