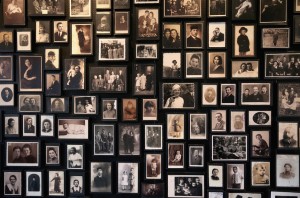 This is the 70th anniversary of what is called the “liberation” of the Auschwitz II Birkenau extermination camp where 1.1 million people were murdered. This montage is photos taken from prisoners as they arrived at the camp.

Zionists have twisted the holocaust to serve their political purposes when millions of Jews, Roma, Poles, homosexuals, Jehovah’s Witnesses, socialists, communists, & others were imprisoned & murdered in the most gruesome, unspeakable ways. Zionism has used the holocaust to create guilt & obfuscate the causes as if it’s rooted in some mystical, primeval dark side of humanity when it is firmly rooted in colonialism. What distinguished the holocaust of WWII was that it was in metropolitan Europe rather than the colonies of the Americas, Africa, the Middle East, & the Pacific. There is nothing primeval about it & Zionism roots itself in mysticism & right-wing colonialism by its narrative.

Millions of people died–sisters, brothers, parents, uncles, aunts, grandparents, children, friends, neighbors, like the people pictured here–& we should take a moment to honor their memory & commit ourselves to opposing neoliberalism, the modern form of colonialism. And that includes Palestine.