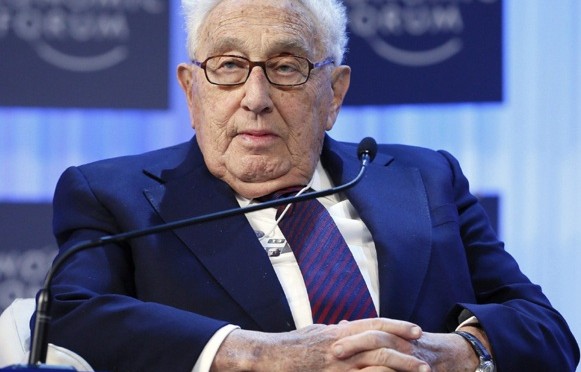 I never–let me repeat–NEVER watch “The View,” that idiotic talk show hosted by Barbara Walters & Whoopie Goldberg. But this morning in looking for a weather report (to see when this subtropical area will come out from under the arctic vortex), I happened across Susan Sarandon discussing the death penalty on the show & stopped for a moment to listen.

Walters, playing devil’s advocate to Sarandon’s opposition to the death penalty, asked if there was ever an individual so evil that the death penalty would be appropriate. I can answer that in the affirmative: Henry Kissinger, who is Walter’s long-time, close personal friend–that is, as close as such a vile reptile like Kissinger can be to anyone. Apparently the stink of this man’s evil doesn’t bother Walters. But I can smell it all the way in Texas. And it will never clear the air in Vietnam, Cambodia, Laos, East Timor, or Chile.

(Photo of Kissinger should have “Wanted for War Crimes” written across the top; use it for target practice.)