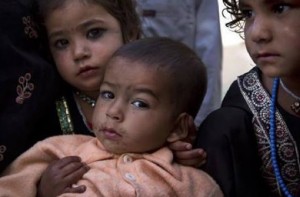 This post from 2013 is about the impunity the US government gives to soldiers who commit war crimes. The Pentagon actually negotiates security agreements with Iraq & Afghanistan guaranteeing impunity for its personnel. The Armed Forces Special Powers Act used by India is the same kind of legal protection for soldiers who commit war crimes in Kashmir.

The grotesque contrast is the impunity for war crimes by soldiers & US justifications for bombing & occupying entire countries to rout out terrorists.
****************

When it comes to travesties of justice, nothing comes close to how the US government handles soldiers accused of war crimes. That’s not because it gives a rat’s ass about the soldier but to make damn certain the crimes are treated like individual psychopathy & not US war policy. To do that, the trials have to be controlled by the Pentagon & conducted out of public scrutiny.

Robert Bales, a US Army officer, is now under court martial for the Kandahar Massacre when he murdered 16 Afghan civilians last March 11th. In a murderous rampage in the middle of the night, Bales invaded homes in two different villages, yanked people out of bed, executed them, repeatedly punched small children in the head, grabbed one 2-year-old child by the hair & violently shook her head back & forth, shoved the barrel of a gun into an infant’s mouth. Nine of the victims were children, 3 were women, & 11 were from the same family. Some of those killed were then set on fire like rubbish. A crime of monstrous proportions which indicts the entire US-NATO war–especially since it came on the heels of US soldiers photographed urinating on Afghan war victims, the US government burning the Quran like it was rubbish, & the US “kill teams” caught in deranged trophy shots with Afghan corpses & taking body parts for souvenirs.

Bales was whisked out of the country 3 days after the crimes & ended up in a military prison outside Tacoma, WA that is less a prison than a half-way house for rehabilitation to civilian life. Afghan victims & some Afghan government officials demanded the trial be a public civilian trial in Afghanistan–& they are absolutely justified in that demand! Especially because there is such dispute about how many US soldiers were involved in the massacre. The Pentagon insists it was just Bales; many Afghan witnesses report up to 20 soldiers & some claim there were helicopters involved. But the US insisted on a court martial (the equivalent of traffic court) in the US precisely to cover up the nature of the crime & the direct responsibility of US war policy in Afghanistan. Reportedly, the testimony of some witnesses has been televised into the courtroom; others have been brought to the US, tutored briefly in US legal procedure, & asked to testify. What an indignity & parody of justice!

Speaking of parodies, media coverage about Bales provides a cornucopia of alibis for his crimes–in complete contrast to coverage of alleged Muslim “terrorists.” Bales walked into camp drenched in Afghan blood & said “I did it,” but the media still refers to him as the “alleged” murderer! Even his lawyers don’t dispute his involvement. We’re told he had money problems, marriage problems, that he scammed old people & joined the service to hide out for awhile, that he had traumatic brain injury, multiple deployments, didn’t want to return to the front lines, was nursing a grudge at the death of a war buddy, was on steroids, drinking hooch whiskey & watching revenge films, that he was deranged, snapped under strain, wasn’t all there. Cry me a river!

Media is also reporting how confused the Afghan witnesses are, how they changed their stories, how some are coached by relatives & are not reporting what they actually saw. In other words, the media is running defense for Bales & indicting the victims!

Appropriately, John Henry Browne, the civilian lawyer defending Bales also defended serial killer, Ted Bundy. Bales hasn’t entered a plea but Browne is expected to make the insanity defense. He says he intends to put the US-NATO war on trial–probably not because he’s opposed to the war but to get his client off. Part of his defense will be indicting Lewis-McChord Army base in Washington state which trained Bales as well as the US kill teams & has a history of misconduct toward soldiers & veterans. That’s why you don’t hear a peep about the court martial in the media! Mum’s the word!

Bales committed a monstrous crime & it doesn’t matter how much hooch he drank or how deranged he was, he has to face the consequences–just like any drunk driver. But US-NATO war policy indoctrinated him in putrid racism, put him, those kill teams, & other psychos in the field & let them run wild. Of course, the US & NATO won’t hold themselves to account. That’s the job of the international antiwar movement.

Like Lt. William Calley who massacred 500 Vietnamese villagers at My Lai in 1968, Bales will be found guilty by the court martial. And again like Calley, they’ll send him back to rehab jail, shortly place him under house arrest with his wife & kids, & in a few years exonerate him. The Afghan victims will never see justice without the active support of an international antiwar movement.

This is a photo taken in April 2013 of Hazratullah with his two sisters. Bales dragged his father from bed, took him outside & executed him; Shahara (on the left) is the little girl grabbed by her pigtails & violently shaken; Hazratullah had a pistol shoved down his throat. Masooma, their mother, pleaded for their lives. She spoke to the Associated Press about their ordeal but it’s not clear she will be asked or able to testify at the court martial of Bales.