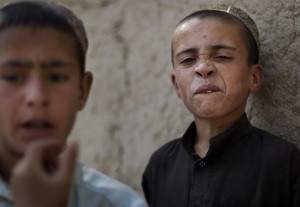 In a recent post about journalists in US war zones being embedded with the military & the consequent lack of war coverage, I might have given the impression that I blamed that on journalists. In fact, there are hundreds of freelance journalists & media stringers—foreign & local–who operate in war & conflict zones & are not attached to or controlled by the military. Some of their work is picked up by corporate news services, most is not. What corporate media publishes are political & editorial decisions, not the fault of the reporters whose work is often published elsewhere.

Between 1992 & 2016, 1,189 reporters were killed doing their work, the vast majority of them (82 percent) covering war, human rights issues, or corruption. The deadliest places are Syria, Iraq, Afghanistan, Gaza, Russia, Bangladesh, Yemen, South Sudan, Mexico, Brazil, Somalia, Pakistan, Kashmir, Philippines, Turkey. Some of them are killed as casualties of war; nearly 70 percent are targeted & murdered by government or paramilitary groups.

It is not without concern that the Committee to Protect Journalists reported journalist deaths in “Israel & the Occupied Palestinian Territory” when all of the deaths were of journalists in Gaza as a result of Israeli bombing. Deaths in Kashmir are reported as in India, which is formally true but politically misleading.

Much of photojournalism in corporate media is formulaic & getting worse. There are many photos of striking moments in sports; inexplicably lots of coverage of Hindu religious practices (done in a voyeuristic way), captive animal shots, fashion runway oddities. Coverage of Kashmir is as often about Muslim religious rituals as it is protests against the occupation. Coverage of Afghanistan & Kashmir are scenes from life, as if there was no war or occupation going on. There is no photographic coverage of Iraq or Somalia & not a lot of reporting either.

Associated Press photographer Anja Niedringhaus was killed in 2014, shot to death by an Afghan policeman while covering the national election. She covered several wars including Bosnia, Iraq, & Afghanistan for more than 20 years. Her work is not without criticism since it appears to glorify the military & is as often of military personnel doing war as it is the civilians suffering the consequences of war. May she RIP.

This photo is an Afghan boy making a face at Canadian & Afghan soldiers patrolling the village where he lives in 2010.