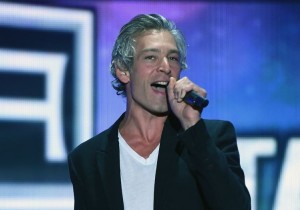 The controversy over Matisyahu performing at Rototom Sunsplash would be the very definition of fiasco. It also makes quite clear that Israel is going to make things ugly for BDS. To unravel the fiasco we have to know who Matisyahu is, what Rototom Sunsplash is, why the big guns of world Zionism got involved in a reggae concert, & why headlines claim “Canceling Matisyahu performance ‘clear case of anti-Semitic discrimination’” & “Jewish musician banned from Spanish music festival because he’s Jewish.”

Matisyahu is the stage name of 36-year-old Matthew Paul Miller, an American reggae/pop singer who has a certain obsession with being Jewish, who became Hasidic in his twenties, & the lyrics of his music reflect that. For many years he performed in a yarmulke & prayer shawl although he no longer is religious. He is however an ardent Zionist. His lyrics are all about love & peace but he publicly supported the Israeli commando assault on the Mavi Marmara humanitarian flotilla to Gaza in 2010 where nine activists were killed. As far as we know he’s remained silent on carpet bombing in Gaza. He tries to finesse Israeli crimes by playing stupid, by pretending he’s just a troubadour for world peace.

But in April of this year, he was the headline act at Declare Your Freedom, a concert at Tulane University in New Orleans, organized by Allies of Israel & Tulane United For Israel & run by Chloé Valdary, a well-known Zionist activist, & Maor Shapira, a veteran of the Israeli military. The concert promoted Israel saying: ” the only Jewish state is the realization of the Dream of Redemption for the Jewish people & the fulfillment of the Emancipation embedded within the Zionist Dream.”

Rototom Sunsplash is an annual reggae festival in a town north of Valencia in Spain which promotes itself with the hashtag ‪#‎peacerevolution‬ but apparently isn’t very selective about what that means. Not only did they invite Matisyahu but they included Capleton, a singer whose lyrics call for the murder of gays & lesbians.

BDS Pais Valencia, the local BDS group, appealed to Rototom Sunsplash organizers to cancel the performance of Matisyahu because of his public role in support of Israeli apartheid. There is no reason in the world why they should not have at a concert promoting itself as a #peacerevolution event. It’s only regrettable the local LGBT group didn’t know Capleton would be performing so they could boot his ass too.

This is where the fiasco begins. Rototom organizers–intentionally or not–escalated a simple disinvite into an international incident by demanding Matisyahu sign a statement supporting Palestinian statehood. Of course he wouldn’t sign the damn thing. There’s no indication this requirement was initiated by BDS Valencia. Their public statement calls for ‘ending the occupation & colonization of Palestinian lands, dismantling the apartheid wall, recognizing democratic rights of Israeli Palestinians, & the right of return for Palestinian refugees. No mention of a Palestinian state. No mention of Matisyahu being Jewish.

This is when Ronald Lauder got involved–as president of the World Jewish Congress (the leading international Zionist group deeply involved in establishing Israeli settlements in the West Bank & in promoting Israel as a Jewish-only state) & also as the owner of several cosmetic companies being boycotted under BDS.

This is when Zionist media & organizations went ballistic, accusing Rototom of anti-Semitism. This is when the Spanish government took time out from arresting protesters, evicting retirees from housing, beating back all African immigrants from their territories in Morocco, to denounce BDS for putting “into question the principle of non-discrimination on which all plural & diverse societies are based.” The line between fiasco & farce is often a thin one.

Today Rototom Sunsplash reversed its decision, apologized to Matisyahu, & invited him back to perform on August 22nd. You don’t get more cowardly than that. They can take that #peacerevolution hashtag & put it where the sun don’t shine. There is no word yet on BDS Pais Valencia’s response. But you can show your support for them at: s://www.facebook.com/pages/BDS-País-Valencià/117324538427908?fref=ts

As a postscript, many of the articles berating BDS for anti-Semitism showed six-year-old photos of Matisyahu in yarmulke & prayer shawl–so as to emphasize their accusation. This photo is how Matisyahu appears today.