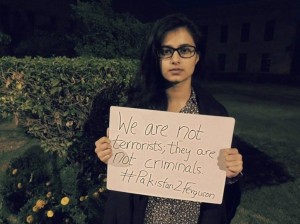 You can’t tell if something’s changing in the world or if social media only makes it seem so because now we know what other people are doing. But just the knowing solidarity protests against police violence toward the Black community are going on around the world is itself transformative.

Solidarity isn’t just wishy-washy sentiments of good-will; it’s the iron law of social transformation & scares the willakers out of the ruling elite–especially as their system has entered a spiral of crises they are unable to maneuver out of except with brute force.

Over a million people around the world took to the streets demanding Israel stop Operation Ethnic Cleansing in Gaza this past summer; after 66 years of fighting, Palestinians no longer stand alone & the economic & cultural boycott of Israel is growing. Protesters from India, Nicaragua, Guatemala, the US, the UK, & other European & Latin American countries stood with Mexicans protesting the disappearance of 43 student teachers. Now there are protests around the world from Europe, Africa, the Middle East, South Asia, Australia, & of course the US standing with the Black community against police violence. Special bonds are being forged between Gaza & the Black community because few experience indiscriminate violence as much as they do.

A new day is dawning. The gestalt feels more like the political vibrancy of the 1960s than the torpor of the 1990s, a hiatus for rebellion. There’s new energy involving young & old. Because the crisis of neoliberalism (the barbaric phase of capitalism) is so pervasive, creating such immense human suffering, this incipient movement has the historic mission & potential to change the world. It’s a dangerous moment to be alive; it’s a glorious movement to be part of.

(Photo of student solidarity protest in Pakistan by Fatima Anwar via intisaab.wordpress.com)