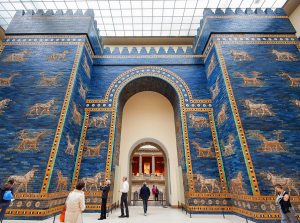 Some find English correspondent Robert Fisk a cogent observer of Middle East politics, especially the wars in Iraq & Syria, & he’s been feted up the wazoo in confirmation of that delusion. Many find his work too frequently shoddy & not carefully researched. Others haven’t been able to read him for years because of his serious orientalism & racism toward Arabs & Muslims & the sheer tonnage of idiocies & rubbish he publishes about them.

One of his idiotic assertions, out of a cornucopia of them, is that Muslim Arabs no longer believe in the nation-state & nearly a million refugees from Syria & elsewhere in the Middle East demonstrated that by trying to cross the borders of Europe. Is such wretched sarcasm worse than fake news–which he also produces in abundance?

His views about the 2011 Arab uprisings against dictatorships are rancid with contempt. He said Muslim Arabs (as if those countries had no other religions) did not oppose dictatorship in general but only those imposed by the west & that the millions of protesters in several countries beaten, arrested, tortured, disappeared, murdered were demanding dignity, not democracy. Fisk is irrefutable evidence that racism makes you stupid.

His credibility was not enhanced when he embedded up the ass of the Syrian army to cover the Syrian War but added new dimensions to his orientalism & has made him an ardent defender of Assad & Russia. He is often on the speaking circuits expressing his views about the barbarities of ISIS & al-Qaeda & denouncing the vandalism & destruction of artworks & antiquities by ISIS & al-Qaeda forces. No would disagree with that but with Fisk there is always a concern about where he gets his information.

Now as Syrian bombers pummel east Aleppo into oblivion, our man Fisk has outdone himself in insularity & idiocy. His column in The Independent on December 1st was titled “Does Aleppo prove that we westerners should keep the world’s antiquities?”

The most wretched thing about this stinking article is that Fisk is more concerned about artifacts than he is about the thousands of Syrian civilians being carpet bombed. The title reeks of supremacy; the shameful article justifies looting by western governments & accepts wars as necessary for Muslim Arabs who can’t distinguish dictatorship from dignity from democracy.

Fisk says he’s grateful German archaeologists from the 19th & early 20th centuries plundered artifacts in the Middle East (like the Aleppo Room built about 1600) & moved them to the Pergamon Museum in Berlin because otherwise they would now be rubble. Being a supporter of Syrian & Russian bombing he puts it so delicately: “If the Aleppo Room was still in Aleppo, & not a museum in Berlin, it might well have been destroyed, burned in the indulgence of fire which consumed much of the old city two years ago when even the great mosque & minaret of the Omayad crashed to the ground.”

“The indulgence of fire” & the great mosque that he says just fell to the ground is the Umayyad Mosque in Aleppo, one of Syria’s oldest & largest shrines that the Syrian army used as a base, defaced with graffiti, & burned to the ground in 2012 along with hundreds of shops & buildings in the area. Fisk just can’t bring himself to say it is Syrian & Russian bombing that endangers & is reducing historic & religious sites to rubble. He wasn’t coy about calling out ISIS so why ‘mum’s the word’ about calling out Assad & Putin?

This is a photo of the 6th century Ishtar Gate & Processional Way from the ancient city of Babylon which in 1902, during the Ottoman Empire, German archaeologists “discovered,” dismantled & reassembled also in the Pergamon Museum, Berlin. Fisk asks: “Would it have survived the 1991 war on Iraq? Or the 2003 invasion? Or the looters of 2004 & 2005 & 2006 who have gutted so much of Iraq’s southern archaeological heritage?”

Can Fisk bring himself to say the historic & cultural artifacts in Iraq were threatened by US bombers? What about the hundreds of thousands of Iraqis killed? Do they count less than the monuments?
Since the US was occupying Iraq in 2004, 2005, & 2006 & ISIS didn’t exist, can Fisk tell us who did that widespread looting & what makes them more criminal that the archaeologists from Germany, other European countries & the US? The British Museum & other such institutions have storage facilities filled with booty from the Middle East, Africa, & Asia.

Fisk isn’t just a fool. He’s an ass & an Islamophobe.

(Photo of the Ishtar Gate from Shuttercock via The Independent)