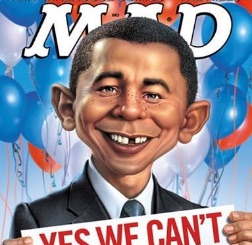 An estimated 5 million Syrian, Afghan, Iraqi, & Pakistani refugees have fled to other countries, including to Europe which is denying most of them asylum. The international agencies monitoring refugees have conflicting estimates of the numbers coming on the Turkey to Greece route. The usual media estimate of one-million comes from the UN refugee agency which does not accord with other agencies & is in fact quite unreliable.

What can be reconstructed from half-assed statistics using questionable methodology reported by different agencies is that between 2013 & August 2016, closer to 2.6 million refugees entered Europe on that route. Some of the agencies base their estimates on asylum applications to different European countries when many refugees, like Afghans & Iraqis, have been determined not eligible to apply & try to go under the radar to avoid deportation.

Given those staggering statistics, it’s embarrassing that we in the US are expected to go gaga that Obama has accepted 10,000 Syrian refugees as an expression of that very special American largesse & humanitarianism elaborated in Clinton’s doctrine of American exceptionalism. In fairness to Clinton, it should be said that to her, US exceptionalism means the right to wage war on other countries & does not include accepting refugees from those wars. That’s for chump nations.

Obama’s stingy Syrian immigration policies are a piece with his brutal policies toward undocumented immigrants from Mexico & Central America. It is not overstatement to say that Obama’s policies on Latino immigrants, many who are fleeing extreme violence & sweatshop economics, are indistinguishable for the most part from Trump’s proposals. Someone should do a textual exegesis to see how Obama differs from Trump, especially in practice. It is Obama, after all who sent national guard troops to the border, reinforced the border wall with thousands more border patrol, & introduced drone surveillance along the US-Mexican border.

In 2014, Obama directed US immigration enforcement to focus on deporting undocumented immigrants convicted of three or more misdemeanor offenses, domestic violence, sexual abuse, burglary, driving under the influence, & drug trafficking. In his November 2014 executive order, Obama said to deport “Felons, not families. Criminals, not children. Gang members, not a mom who’s working hard to provide for her kids.” Yet there are reports this year from immigration rights activists that women & children are in fact being deported at record rates.

The are numerous studies going back nearly 100 years done by reputable US research institutions that show beyond the shadow of a doubt that contrary to racist stereotypes, immigrants, including the undocumented, have a crime rate considerably lower than natural-born citizens.

But during Obama’s administration, between 2009 & 2015, under his executive orders, over 2.5 million mostly Latino undocumented immigrants have been deported, including women & children. The 2.5 million deported do not include those deported in 2016 for which data is not yet available. Are we to believe that of the 12 million undocumented immigrants in the US, nearly a quarter of them are criminals?

According to the US government’s own data, the Obama regime has not just deported more immigrants than any other US president in history (including George Bush who deported 2 million) but more than the sum of all 19 presidential regimes between 1892 & 2000. That’s why Immigration rights groups not silenced by Democratic Party controlled foundation grants have titled Obama the Deporter-in-Chief.

Immigration is a human right. Open the damn borders. No human is alien.

(Caricature is Obama of the less than endearing toothy gin.)