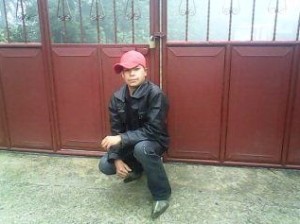 Wasn’t it just a few weeks ago the Obamas claimed they wanted their two kids to experience the character-building reality of minimum wage jobs? They meant to sound egalitarian; instead they exposed a wretched noblesse oblige & contempt for working people. But patronizing us is one thing; going after our kids is quite another. 52,000 Central American kids have been arrested since October 2013 crossing the US border to find jobs that pay even less than minimum wage. They’ve been jailed in squalid, overcrowded conditions & are now threatened with deportation by the Obama regime. Is that about character building too?

There’s no reason to beat around the bush or continue to flog the shibboleth that Obama’s crimes are all George Bush’s fault. Those 52,000 children testify differently. But the most damning condemnation of all comes from the graves of 445 immigrants, including children, who died crossing the US-Mexico border last year.

While Obama utters pieties about the humanitarian crisis on the border, he sent his two hapless lieutenants Kerry & Biden to work the politicians in Central America. There isn’t much they can threaten them with since US military aid to those countries to facilitate the drug trade & other plunders isn’t going to stop over a massive immigration embarrassment.

The line peddled by all three politicians is that the kids are being “enticed” to the US by lies & promises of amnesty or they’re being urged to leave by their parents. So the US is starting an ad campaign throughout Central America to discourage the kids from coming. And here they have officials from the Department of Homeland Security, Border Patrol, & Texas Rangers talking tough to the kids, warning them not to come since they’ll just be sent home. And of course the local media operates like another flank of bully boys.

The Democratic Party has the Rio Grande Valley sewed up nice & tight & Obama wouldn’t want to rattle that cage. So he blithers pieties about the humanitarian crisis while he’s calling on Congress to dish out more money for “flexibility to speed the youth’s deportation”, $2 billion for more judges to process asylum applications in kangaroo immigration courts, & more detention centers to warehouse the kids. Because all that is really character building.

But then we have the story of Gilberto Francisco Ramos Juarez, a 15-year-old boy who left his remote mountain village in Guatemala against his mother’s wishes so he could earn money to treat her epilepsy. He was trying to join his older brother in Chicago but his decomposed body was found only a mile from the Rio Grande River. He died likely from heat stroke. If his mother’s pleas couldn’t deter him from trying to help her, does the Obama regime, complete with all his attendant stooges like Kerry & Biden, really believe a billboard campaign would!?

Photo is Gilberto Ramos. May he RIP. And may we keep this young boy in mind as we join with immigration rights activists in demanding: Immigration is a human right! Open the borders! Open the immigration jails!