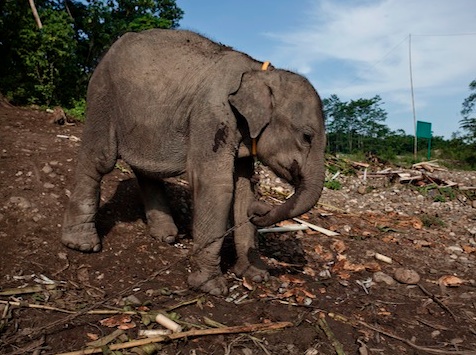 Under neoliberal capitalism, there’s a scam invented every minute. It’s pointless to sleep with one eye open because those think tanks they operate invent one doozy after another to outsmart us–all of the switch & bait kind. The muckraker has become more indispensable than the NY Times to keep track of the trickeries they’re cooking up.

Plunder is the very nature of neoliberalism, the barbaric phase of capitalism. The plunder is so relentless the entire planet is undergoing climate chaos & the predators are still unable to restrain their rapacity. Working people need to be the ones to stop them & that historic mission requires a clear understanding of the foxy-assed machinations they use to fool us.

Diamond & gold mining, particularly in African countries, is a cornucopia of plunder for multinational conglomerates, leading to war, massive human suffering, & millions of African deaths. As opposition to “blood diamonds” grew around the world, the mining & jewelry industries pulled a fast one. Along with government officials collusive in the plunder & NGOs, industry representatives set up the phony Kimberley Process Certification Scheme (KPCS) in 2003 to stop trade in “blood diamonds.” A component organization of KPCS is Responsible Jewellery Council (RJC) which established standards of conduct for gold, platinum, & diamond industries to regulate labor standards, indigenous people’s rights, & environmental contamination, The 300 companies certified by RJC are the largest mining companies, refiners, & jewelers in the world. It’s the neoliberal version of putting a fox to guard the chicken coop & has not changed the character of massive & violent exploitation one iota.

This swindle is an old one employed by neoliberal predators. Back in the 1990s, the forestry industry set up Sustainable Forestry Initiative (SFI) to certify companies as deforesting in a green tradition. You can find their certification logo all over paper products. Companies like Weyerhaeuser, notorious for reckless logging practices which led to landslides in Washington state, are certified because SFI is bankrolled by the industry & won’t saw off the hand that feeds it. Greenwashing might be too tepid a term for such deceit.

Not to be outdone in trickery, the palm oil & palm kernel industry set up the Roundtable on Sustainable Palm Oil (RSPO) in 2004 to certify sustainable production of palm oil which is now an ubiquitous ingredient in everything from cosmetics to food. It is not possible to certify palm oil as sustainable when the very character of plantation production (primarily in Indonesia & SE Asia) requires massive deforestation & the destruction of natural habitat for, most notably, orangutans, elephants, tigers, rhinos, & birds. The effects on climate change, in particular massive flooding, have been reported with compelling force but the neoliberal plunderers cannot restrain their greed.

Does conflict of interest mean anything anymore!? Nope! Not in the barbaric phase of capitalism. It will take more than product boycotts to stop this plunder but the stakes are immense. Nothing less than the survival of humanity & the rest of the animal world is at issue. And that’s not just Armageddon-speak!