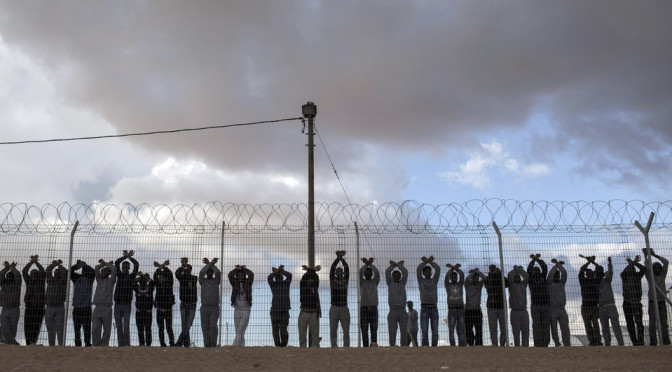 One of the most promising & important developments in immigration rights is the defiance of African immigrants in Israel whose rights are under siege by the Zionist regime & vigilante violence promoted by politicians. Their struggle for the right of asylum exposes the inherent racism of Zionism & is as important to the struggle of Palestinians as it is to immigration rights. It is certainly one of the most important developments in Israeli politics for a long time.

For too long, Africans fleeing from the colonial plunder of their countries have drowned in the Mediterranean Sea, been incarcerated in isolated detention centers without minimum standards of housing or health care, or deported & dumped willy-nilly back on the continent. Seeking asylum in Israel is a safer route & Israel has every obligation to honor their demands since it has long been a key player in the neoliberal plunder, particularly in South Sudan.

For the past few years, African immigrants have waged resistance to incarceration & deportation & as the persecution & inflammatory racist rhetoric of Israeli politicians crescendoed in the past year, they set up Occupy-type encampments in public parks & at detention centers.

Here they set up an encampment outside the detention center in Holot, Israel & were joined in protest by defiant inmates. We cannot express our solidarity strongly enough.