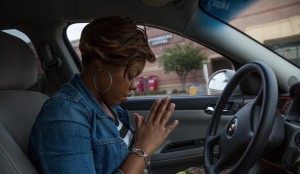 The US Census Bureau just released its annual report on poverty in the US. It’s now 50 years since president Lyndon Johnson proclaimed the War on Poverty (in 1964)–partly to ward off the advance of the Civil Rights Movement. According to The Heritage Foundation, a reactionary “think tank” (using the term loosely since a more appropriate designation would be “propaganda factory for intellectual hedgehogs”), US taxpayers have spent over $22 trillion on anti-poverty programs in that time (not including Social Security or Medicare). They calculate that, adjusted for inflation, this is three times the cost of all US wars since the American Revolution in 1776.

We concur with the Heritage crowd that the US hasn’t much to show for this project & we’d like to know what the hell the US government has been doing with the $22 trillion bucks since it certainly hasn’t “trickled down” past government bureaucrats to the poor. But of course the Heritage crowd only argue this to cut social welfare spending completely so more can be invested in wars. We also know the Heritage crowd is lying through their teeth about the cost of US militarism. They’re certainly omitting the costs of military “aid” to many countries, most notably to Israel, & the costs of nuclear weapons, cruise missiles, & Pentagon programs that allow them to give armored vehicles & arsenals to police departments.

Op-ed writers are full of hand-wringing over the poverty data but it’s observable their pity for the poor usually only lasts a day or two because they have substantial investments to attend to & don’t have a lot of time for mercy. Let it never be said the quality of their mercy will ever be over-strained.

So without further interpretation from fools, let the damning US Census data speak for itself. It is estimated today that over 50 million (one out of six) people in the US suffer “food insecurity.” Not hunger, starvation, famine, or malnutrition, but “food insecurity.” That term is another one of those damn bureaucratic & political evasions to avoid saying outright that a good share of humanity is starving to death. And in fact, when the term was coined at a 1974 UN conference on food, there were several famines, including in Bangladesh & Ethiopia. At the time, esteemed but sociopathic Harvard professors were promoting “triage” for the famine in Ethiopia–meaning since they had no future, it was more merciful to let them die than provide food aid. At that World Food Conference, then US secretary of state Kissinger declared that within ten years no child in the world would go to bed hungry. What he had in mind was likely the triage scheme where children would just be allowed to starve to death, hopefully before bedtime.

There are other damning statistics in the Census Bureau data: 60% of hungry & starving households have at least one working family member. They’re not, as the Heritage gang likely claims, ‘sitting on their asses collecting welfare’ (since they’re not English & their last name isn’t Windsor). Those hardest hit by exhorbitant food prices are immigrants, children, & elderly–not to mention those who go to work hungry so their kids can eat. Most of the children are certainly Black, Latino, & Native Americans but surprisingly the Census data shows that nearly half of those starving are white.

Speaking of food prices, many poor families find it cheaper to feed their kids fast food than buy groceries where a lousy pound of butter today costs over $5.00. Food pantries have long lines of people to get pasta, rice, Ramen noodles, white bread, chips, soda, processed & canned foods. There isn’t a living food on the shelves not just because it’s too expensive but because it isn’t the kind of stuff that fills people up–which partially explains the relationship between poverty & obesity.

While starvation in the US massively increases, the Obama regime is cutting Social Security, slashing the food stamp program to lower benefits & eliminate claimants (over two million), & cutting the free school lunch program. They’re giving most of the dough to the Pentagon but some is going (in a PR stunt) to Michelle Obama’s healthy eating, anti-obesity project in the school lunch program. According to many school officials, the program is a dud because federal guidelines mandate vegetables as the largest portion of a kid’s lunch & the entrée simply a side dish. The kids are leaving the table still hungry. Just because your family can’t afford to buy groceries doesn’t mean you don’t know a thing or two about what fills you up. And it aint broccoli. This scam is not unlike when president Reagan declared catsup a vegetable to lower costs of the school lunch program.

School free lunch programs are often the only meal kids get because the food stamp program is so stingy. When schools let out for the summer thousands of kids prowl the streets looking for something to eat. Soup kitchens are unable to accommodate the demand. If only the kids were just willing to die before school lets out–or bedtime, as Kissinger hoped.

This woman is Jacqueline Christian, a full-time home health aide & mother of two in Houston, Texas. She is saying grace over a takeout lunch from the supermarket. When the food runs out at home, she picks up dinner from McDonald’s dollar menu & tells her two boys she’s already eaten, “just hoping they leave a piece of the burger” for her.

If a government can’t provide food & shelter to millions of people because it’s bankrolling a massive military apparatus & several colonial wars, it might be time to take that government down. A daunting task perhaps but people need to eat.

(Photo is from National Geographic on hunger in the US)