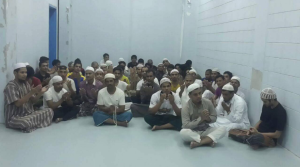 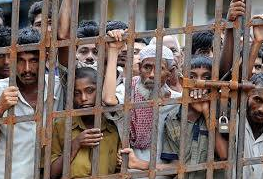 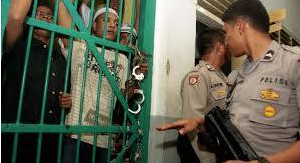 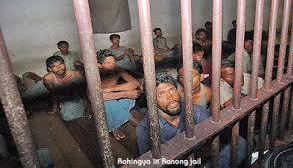 This is an appeal from Rohingya human rights activist Ziaur Rahman focusing on the imprisonment in several countries of Rohingya refugees fleeing persecution, genocide, incarceration, & concentration camps in Myanmar:
*************
Remembering the jailed Rohingya around the world:
My people are suffering around the world: over two million have become stateless and refugees to others countries because of persecution in Myanmar and especially the conflict in 2012. My people have been forced to leave their country in record numbers to seek safety in other countries, to be able to save their future and well living, and without knowing the risks they will face in others countries, especially without their family life.

After the violence and attacks on my people in Arakan State of Myanmar in 2012, thousands of Rohingya fled. Many were killed by human traffickers on the way to Malaysia, especially in Thai human trafficking camps. Most of the Rohingya girls were raped while traveling to Malaysia by boat. Most of the Rohingya were also arrested in Myanmar, Bangladesh, India, Thailand and Malaysia. A few have been released with the help of UNHCR. A few Rohingya went to the Kingdom of Saudi Arabia through Bangladesh, India and Nepal. Unfortunately, most of them were arrested in Kingdom of Saudi Arabia. Some are also missing.

Still, their families are crying with the dreams and hopes of their relatives in Myanmar. As you know, the Myanmar government is still persecuting & ethnically cleansing Rohingya people from Arakan state of Myanmar. But my people are also suffering in prisons in Myanmar, Bangladesh, India, Thailand, Malaysia, and Kingdom of Saudi Arabia–sentenced for one, two, and three years for no crime other than seeking asylum. My people did not wish to leave their community and did not wish to leave their country. They only fled to other countries because of Myanmar government persecution.

Even though Rohingya are indigenous in Myanmar, we are made stateless and face increasing and daily persecution in our country. We are scattered all over the word but are not involved in any criminal activities and are not trying to harm any community. I am always sad for my people. Shame to those countries where my people are neglected and where they are hated and persecuted.

FOR MY ROHINGYA: I request you voice solidarity more and more which will hearten Rohingya in our troubled lives. It would be a huge support for that ill-fated community of the world as most persecuted and stateless . You will loose nothing by doing that but you will be rewarded by God for helping that almost missing community of the world.

Now I am appealing from the international community the rights of human beings for my people and you too and ask you to share this news with other people around you.

“My people are not numbers. They are human beings like you and I, except they have seen unspeakable horror and have experienced unthinkable tragedy and hardship. They risked everything, their families, their possessions just to make it to safety.

“We need to bring humanity and compassion back into the narrative, because this crisis is about people not borders and barriers. It’s about human dignity not deals.”

I would like to recommend that you speak out regarding this injustice and the silent genocide of my people.