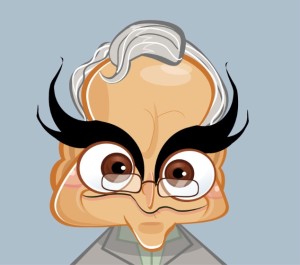 Since the death of evolutionary biologist Stephen J. Gould in 2002, there’s been no scientist of his intellectual stature & political clarity to answer the intellectual flatulence & pomposities of Richard Dawkins. Gould was always more than collegial in debates about Dawkins’ mechanical views of evolution–as befits two elite university professors. But some still think he should have used a meat cleaver as a more suitable instrument for the paltry-assed ideas expressed in Dawkins’ “The Selfish Gene.”

With Gould gone, the evolutionary psychologist–the pseudo-science best known as evo psycho–Dawkins has moved his provocations on to religion & the existence of a deity–bringing as much clarity to that as he did to evolution. Atheists admire him & often cite him as an authority when his comments on politics & religion often sound deranged or drunken binges of social hatred. If you’re gonna do gurus, you ought to be selective & find someone who’s sane & sober & not steeped in petty & conformist animosities.

He’s a ferocious, profoundly stupid misogynist who once said stranger rape at knifepoint was worse than date rape–as if he had a clue about the character of either. He directs his pornographic animosity particularly at Muslim women. He also once claimed child sexual abuse scandals are exaggerated because ‘mild pedophilia does not cause lasting harm.’ He’s a guy who shoots off his mouth without thinking, let alone informing himself. With Gould gone, he thinks he’s speaking ex cathedra when he’s talking out his ass.

He has many other reactionary, sickening views, including support for the US-NATO war in Afghanistan. He often criticizes Christianity but becomes completely unhinged when it comes to Islam. Now he’s going after Ahmed Mohamed, the 14-year-old Muslim boy arrested in a Texas school for bringing a clock they thought might be a bomb. He thinks the kid might have set the whole thing up to wrangle an invite to the White House. To his disordered mind, that’s Muslims for you.

You can’t reason with such imbecilities & there’s no reason to be polite about it. If a meat cleaver won’t cut through it, scoffing at his idiocies will serve. But for pete’s sake, don’t quote him as an authority. He belongs to the same intellectual (using the word lightly) genre as Slavoj Žižek: high comedy, lowbrow thought, puerile hatreds.