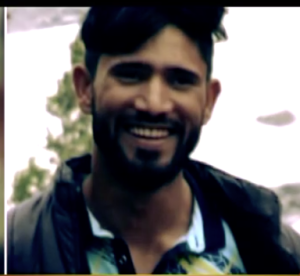 This is a photo of 22-year-old Asif Iqbal, the young taxi driver shot down in front of his family home as he prepared to drive someone to the hospital. He was fatally shot by Indian troops on one of their late night prowl to kill operations. In Pentagon parlance, he would be called “collateral damage” but we know well that unarmed defenseless civilians are not accidentally killed in military operations but are always the primary intended victims. The purpose is to terrorize, brutalize, demoralize resistance to war & occupation.

Let his death not be in vain. Build solidarity with the Kashmiri struggle against occupation & for self-determination. May Asif Rest In Peace.