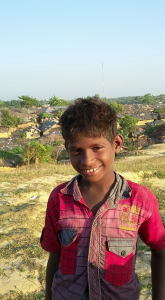 It’s so easy to lose your bearings today when you come up against the cacophonies & confusions of politics. Who can you believe anymore? Nobody wants to stand with the oppressors accidentally only because their lies get better press than the truths of the oppressed.

There is no golden measure for how to unravel social & political complexities. It’s been an issue of dispute among philosophers & historians for a few thousand years. Method matters but there are some red alerts, some things that signal where justice & injustice lie. First would be the use of militarism & bombers against civilian populations. The most important freedom struggles in the world don’t have a single bomber between them. Rocks & slingshots are the best they can come up with to back their indomitable spirit for justice.

Second would be where & whose children are being harmed? Sounds so sentimental, even simple-minded, but can you think of a single place on Mother Earth where one cannot distinguish oppressor from oppressed by answering that question? Not in a world where the welfare of all children is the only gold standard for justice.

This young boy is 10-year-old Anuwar, a Rohingya refugee living in an unregistered camp in Kutupalong in Cox’s Bazar, Bangladesh. His dad is a day laborer & his mom stays home with him & his 3-year-old brother. He can’t go to school because the UNHCR does not provide formal education or any other assistance to unregistered refugees. They can get elementary education in community-run learning centers but an elementary education won’t take you very far in getting out of poverty–especially in a country where you are a refugee & have no citizenship rights. But of course Anuwar’s real handicap is being Rohingya.

They always say one of capitalism’s chief merits is its creativity. Myanmar capitalism & all those foreign investors & supporters are going to have to draw on that exhausted, if not also mythical, merit to invent justifications for the continuing genocide & persecution of Rohingya in Arakan State. Because Rohingya activists in exile are now taking it on internationally.

When we see the suffering of children in Palestine, Kashmir, Myanmar, the US Black community, Syria, & elsewhere, getting past the white noise of propaganda to find our way to justice becomes a whole lot easier. What’s that saying from Isaiah in the Bible about “a little child will lead them?”

(Photo is from FB album of Mohammed Imran, an elected refugee representative in a refugee camp in Bangladesh)