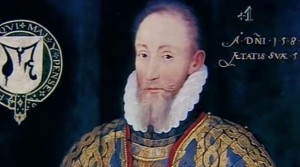 Someone has reported with chagrin that Betty Windsor refuses to acknowledge her German ancestry. Do they mean the demented trolls in the Black Forest from whence all European moochocrats derive or the ones who collaborated with Adolph Hitler? Or perhaps her own husband who has uttered more political profanities than any one person should be allowed in a lifetime. He once said ‘in the event he is reincarnated, he would like to return as a deadly virus, in order to contribute something to solve overpopulation.’ If he was active enough to get off his lazy ass, he could be declared a deadly virus now & one wonders why the British health authorities haven’t done so.

So now we learn belatedly that Betty is not a rightful claimant to the throne according to the rules of succession. Apparently 500 years ago in a “royal” history that reads more sordidly than gossip tabloids, some “queen” had a son with a lowly plebeian & he became ancestor of the present moochocracy. The real blood line declined into mere aristocrats–lowly earls–& the last man standing migrated to Australia where he became a gruff republican.

English historians of feudal moochocracy share the spirit of celebrity blogger Perez Hilton. It’s all tittle & tattle signifying nothing but nosiness & upscale groveling. It’s as though they don’t know how feudalism operates or in fact how capitalism works. You shouldn’t have to explain to grown men that there is no such thing as royal blood. And there’s no tooth fairy either. So they can get up off their knees, dust them off, & try to act like they have even a shred of self-respect.

Tony Robinson, who narrated the tale of Betty’s plebeian heritage, tries to make it look like investigative reporting by following the story to interview “King Mike” in the Australian outback. One feels more pity than respect. Since he was knighted by Betty in 2013, he’s unlikely to improve. She probably gave him that “Sir” title to shut him up. And quite frankly, we hope she succeeds.

This is photo of either Mike or Betty’s ancestor. We don’t know if he’s royal or plebeian. It was so hard to keep up with all the gambling & liaisons & intrigues of the feudals. But it’s clear Betty came by her addiction to horse racing honestly. She may well be the progeny of a bookie.