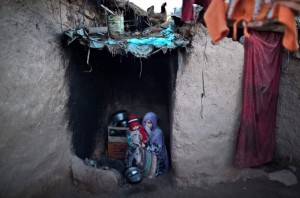 Today is the 14th anniversary of the US-NATO war in Afghanistan–typified by barbarism & war crimes & justified by claims the US was a liberation army for Afghan women. Alternet took this opportunity to publish an article titled “After Over a Decade of Occupation & $1.5 Billion in US Aid, the Reality Facing Women in Afghanistan Has Barely Changed” co-authored by Jodie Davis, a co-founder of CodePink & Amie Ferris-Rotman, a former Reuters reporter in Afghanistan with her head embedded up the ass of US-NATO.

It is a shameful, dishonest, scurrilous, racist, & colonial piece of war mongering journalism. Alternet should repudiate it & Davis should hang her head in shame. Ferris-Rotman is simply repeating the crap she’s reported from Afghanistan for a long time where her sources are US officials. She’s uncritical of the US in Afghanistan & writes rubbish praising US women soldiers deployed there.

It not only gives complete credence to war propaganda that US-NATO went there to liberate women from the Taliban but takes out the whole of Afghan culture with this kind of comment: “Like many nonprofit organizations dedicated to helping Afghanistan’s women & girls, CODEPINK has spent years watching the forces in Afghan society, culture & politics wreak havoc on ordinary people’s lives. The American effort to install a pro-Western government, including laws that recognize the rights of women & girls, is constantly running into cultural barriers & biases that considers misogyny normal & traditional.” If this is true, CodePink has some questions to answer. Like, whose side are they on in the Afghan war? Or is this just Davis–who has political associations with pro-Afghan war feminists & the Democratic Party–speaking?

As for all that dough USAID has been throwing at Afghan women to liberate them, if you don’t have your head stuck up the general’s asses, you can investigate & find out that USAID doesn’t dispense any kind of humanitarian aid but uses it primarily to blackmail & bribe Afghan officials.

The article really has to be read to appreciate how racist it is, how colonial in mentality, how shameful Alternet would publish it. But CodePink really has to weigh in on the assertions & analysis of Jodie Davis. Do they agree? Because if they do, they are war-mongers. If they don’t, they need to politically kick her ass to the curb for discrediting the organization she helped found.

Photo is Afghan woman living the high life of a refugee in Pakistan as a result of US-NATO liberation.

This is link to the piece of war propaganda referenced in this post:http://www.alternet.org/…/after-over-decade-occupation-and-…