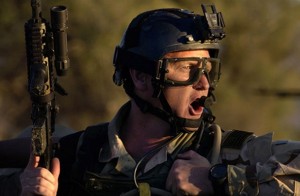 Several days after announcing 200 special operations forces & Apache attack helicopters to Iraq, Obama has announced 250 special forces to Syria “to stem the influence & spread of ISIS.” He did not acknowledge how many highly secretive CIA special forces or US mercenaries will also be deployed.

There are two kinds of special forces in the CIA & several different kinds in the US military, including Green Berets, Delta Force, Navy Seals, Army Rangers, & others, who all have a different command structure than the regular military. This allows them to engage in all sorts of illegal activities with no accountability. They are not deployed for humanitarian or peacekeeping purposes but more as paramilitary death squads & for teaching the art of torture.

There have been several accusations against special forces of human rights crimes in Afghanistan (& of course in other US wars going back to WWII), including kidnapping, torture, executions, & mass graves. But the US Pentagon has imposed a security agreement on Afghanistan & Iraq (similar to India’s governing occupying forces in Kashmir) which, in combination with the secrecy, shields them from prosecution.

From WWII & throughout the 1950s until the Vietnam War & the rise of massive public opposition to US wars, movies glorifying the US military were standard fare. It’s where John Wayne, Ronald Reagan, & other robotic but patriotic actors got their start. War propaganda especially focused on Islamophobia is all over television now, though more subtle & pernicious than old war movies–always planting hateful & suspicious attitudes toward Arabs (especially Palestinians) & Muslims & portraying them as terrorists & suicide bombers.

The antiwar movement in the US & around the world has been weak for too long. Those of the Vietnam generation were schooled in the concept that war is the paramount issue & a call to arms for activists. War is not just one issue in a cornucopia of social problems, as one prominent international relations professor has argued. Antiwar activists integrated civil rights, women’s rights, LGBT rights, & all other social concerns into antiwar activism by organizing those constituencies & mobilizing them to actively oppose war. That political perspective has to become the praxis of social activism again because of what war does to millions of innocent human beings. Those who turn their backs on the struggle against war become jaded & insular about massive human suffering.

The historic imperative remains: rebuild the international antiwar movement–even one placard at a time. When Obama announced the deployment of special forces, the antiwar movement should have hit the pavement demanding they be sent back to the barracks.

US out of Iraq, Afghanistan, Syria, Pakistan, Somalia, Yemen!