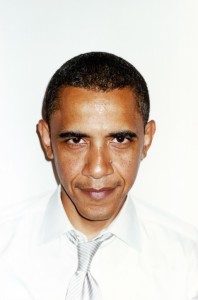 All of the caricatures of Obama emphasize his big ears; none have captured the essence of him which is his Pinocchio nose. So this mug shot-like photo is the most suitable–because he should be on trial in an international tribunal for war crimes against the peoples of Afghanistan, Iraq, Palestine, Somalia, Yemen, & several other secret military deployments.

His announcement last night was chock full of lies (he does his tutor, Kiss-ass-inger proud) but clearly the Pentagon intends to escalate war against Iraq using massive bombing & now incorporates Syria into their military program. Nothing could be more alarming. They are not introducing troops (at least for now & only covertly) because they want to undercut antiwar opposition.

He emphasized in his pack of lies that this is a “coalition” effort–which means he has the collusion of European & other bellicose nations in this aggression. This is a turning point in military escalation; this is another escalation in barbarism of the kind we just witnessed in Gaza. It is also a call to arms for men & women of good will to stand defiant against this onslaught.

Many are confused & believe the Pentagon will liberate the Syrian revolution from Assad. Just like the US liberated Iraq from Saddam Hussein? And Afghanistan from the Taliban? When the Pentagon & its allies are through with Iraq & Syria there will be only rubble, not revolution against tyranny.

Antiwar rallies will be called around the world. Grab a placard & join the international chorus demanding “No War in Iraq!” “No War in Syria!” “US-NATO out of Afghanistan!”