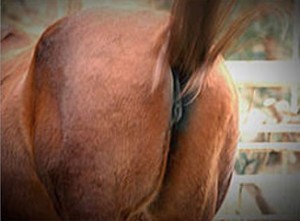 It used to be so much fun to ridicule Trump because his politics seemed improvised from narcissism & idiocy. He clearly understands nothing & knows less.

But now we see that under that foolish head of hair is a cesspool of racism, xenophobia, & reckless social hatred. Combined with his stupidity, it’s a boiling potpourri of horse manure. But he does have a political program & it is very dangerous indeed. So he’s not funny anymore & memes that focus on his idiocy should be replaced with images of a horse’s rear end.

When we google “Trump” we should get his real portrait. Which flatters him.