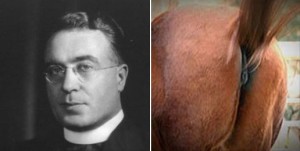 Someone has privately chided me for describing Trump as fascist & thus misunderstanding the character of fascism. The political nature of fascism has been cogently analyzed, particularly in Germany, Italy, & Spain, by Leon Trotsky & less brilliantly by others. It has a different character than military dictatorship, the Stalinist & Maoist forms of autocracy, military occupation, or other forms of political repression–although of course, they all manifest in the same ways using repression, coercion, brutality.

They are all forms of tyranny used to save capitalism in crisis & reestablish the social equilibrium where capitalist rule is unquestioned. It’s preferable to oligarchy that they rule behind disguises–particularly parliamentary disguise. These distinctions matter because while fascism is bankrolled by big capital, it involves a plebeian mass movement with a distinct alignment of classes, including the leadership of the professional classes. Military dictatorship substitutes tanks for a popular movement.

Trump is a fascist demagogue but as filthy rich as he is, he is not part of the ruling oligarchy in the US. He’s more of a parvenu wanna-be. He’s not the first fascist demagogue in US history, nor certainly in world history. The portrait on the left is a Roman Catholic priest named Charles Coughlin, a Detroit radio talk show host in the late 1930s who supported Hitler & Mussolini & spouted all their crap about Jewish bankers ruling the world. He played a similar role to what Trump is doing now in whipping up popular panic & fostering social hatred.

Trump (the portrait on the right), is a fascist demagogue who is correctly reading signals from the US oligarchy which is using hatred of Muslims to whip up support for wars, crack down on civil liberties, & use alarmism to garner support for right-wing policies against immigrants & refugees. His tempo & recklessness may outpace the oligarchy’s timeframe but do not conflict with their agenda.

It’s entirely correct to identify Trump as a fascist demagogue because he is trying to mobilize a popular movement against Muslims, refugees, & immigrants & undermines the US Bill of Rights in doing so. There is evidence all over Europe & the US of growing “counter-jihad” groups & activities. The group Hope Not Hate found 920 anti-Muslim groups in 22 countries, many of them well-financed by private foundations through which oligarchs funnel money. The head of Hope Not Hate said hatred of Muslims “was moving from the margins to the political mainstream.” Under fascism, that leads to genocides so it is an extremely dangerous political development which Trump is tapping in to. How far he succeeds depends entirely on our ability to out-mobilize the forces of reaction & hatred–& not just in the US.

(Photo of Coughlin on left by Craine, Detroit, Via Library of Congress. Photo of Trump on right from local barnyard.)