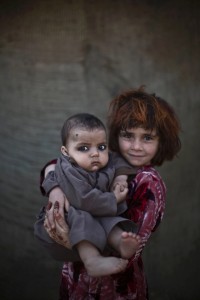 Political halfwits continue to parse the idiocies & irrelevancies of the debate between Clinton & Sanders–who are indistinguishable in banality if not in criminality. The misnamed talking heads (since they mostly talk out of their butts) parse the irascible style of Sanders versus the wooden style of Clinton as if it mattered a rat’s ass.

The talking butts never noticed that after 14 years of US-NATO occupation–including recent exposures of US war crimes & the bombing of the Doctors Without Borders hospital–the issue of Afghanistan never came up in the Democratic Party debate.

According to anonymous senior officials in the Obama administration, he will soon announce plans to maintain the current force of 9,800 troops in Afghanistan through most of next year, then draw down to 5,500 troops in 2017 when he leaves office. No mention of what they’ll do with the thousands of mercenaries.

ABC news tonight spent ten seconds on Afghanistan, reporting only that Doctors Without Borders were pressing accusations of a US war crime & never mentioning continued occupation. They dedicated more time to reporting the condition of Lamar Odom (speaking of who gives a rat’s ass!). PBS spent 30 seconds showing photos of US soldiers recently killed in Afghanistan. The news is even more paltry when it comes to US occupation of Iraq. It’s impossible to figure out how many US troops are deployed there.

This news blackout is intended for one purpose & one purpose only: to undercut opposition to the US wars in Afghanistan & Iraq & preempt any possibility for the development of a massive, international antiwar movement.

Let the talking butts ignore politics & continue their flatulent debate. Our historic mission is to re-build the international antiwar movement demanding the immediate, unconditional withdrawal of all US forces & mercenaries in both countries. Out now!

Our fullest solidarity with the peoples of Afghanistan & Iraq. We are on your side & regret deeply this historic failing which we commit to changing.

Photo is six-year-old Afghan refugee Kharzarin Zirgul, holding her 3-month-old cousin Zaman who live in Pakistani slums now being cleared by the Pakistan government. Many Afghans, including unaccompanied children, are among the refugees making the dangerous trek to Europe.