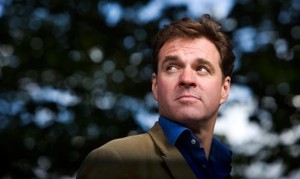 Niall Ferguson, the prestigious fiction writer who passes as an historian at elite universities (not the first bonehead to do that) is trying to top his previous idiocies & intellectual debaucheries defending colonialism. He’s now written “Kissinger’s Shadow,” an attempt to rehabilitate the legacy of Henry Kissinger. When it comes to singing for your supper, Ferguson takes the cake. No depths are too low. No criminal too despicable & psychotic to rehabilitate.

Ferguson, a smug, pompous fart who thinks he’s “all that,” (which makes him ideal for writing Kissinger’s biography) cites his father for instilling in him ‘a strong sense of self-discipline & of the moral value of work’, while his mother encouraged his creative side. Unfortunately for all their work, they ended up nurturing a smarmy sycophant who works tirelessly at rewriting history to suit the power elite & gets well-remunerated for it. In the process, he’s made an ass of himself. Instead of inspiring respect, he makes you want to slap the crap out of him & look forward to writing his obituary.

No one would want to do depth psychology on the professor (the term “can of worms” comes to mind) but surely what resonates with him in Kissinger is their shared & profound lackeyism to power. Kissinger called power “the ultimate aphrodisiac” but there is no one less appealing than those who earn their livings groveling before it.

(Photo of Ferguson by Murdo MacLeod/Guardian)