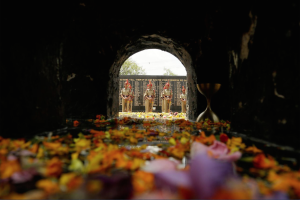 There were two photos in todays news about the Indian siege of Kashmir, now in its 33rd day. This one is captioned “Mourning the dead in India: Indian Border Security Force soldiers pay homage to their slain colleagues during a wreath-laying ceremony in the outskirts of Srinagar, Indian-controlled Kashmir, on Aug. 9, 2016. The soldiers were killed during a gun battle with suspected rebels.”

These are the paramilitary battalions trained by Israel in counter-insurgency & counter-terrorism which barely exists in Kashmir except in the feverish imaginations of nationalists. These are the guys who set up summary executions of young Kashmiri men in the name of fighting terrorism. If they were killed, it was not likely in a gun battle with imaginary terrorists but in the crossfires of their own troops attacking unarmed protesters.

It’s not that media can’t get the story straight but that they twist reality to suit the narrative of India’s right to control Kashmir.
Long live Kashmiri Intifada. End the occupation. Self-determination for Kashmir.