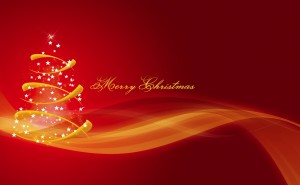 2014 will be a memorable year not because so much misery prevailed but because so many people around the world stood up against it. Most notably, Palestinian solidarity is now a political force to be reckoned with; Intifada has gone international & Palestinians no longer stand alone. And in the US, a new civil rights & Black power movement is forming to challenge not just police violence against Blacks but systemic racism, a pivot of US neoliberal control. Solidarity has gone international & the Black community no longer stands alone.

Palestinians & Blacks have been vilified for decades as terrorists & violence against them seemed justified. Those rancid narratives are now in tatters & there is hope for justice. It’s solidarity with their intransigence that’s made all the difference.

There is much hard work ahead but all in all 2014 has been a monumental year. One can’t say a good year since resistance was borne of such terrible suffering by so many. But suffering humanity around the world is taking note & getting new heart because resistance to tyranny is an inspiring thing.