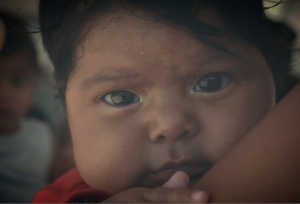 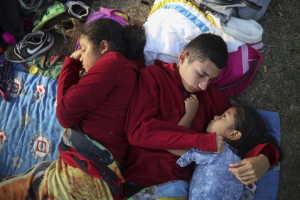 Meet Trump’s nemeses on the caravan from Central America: this young mother & these small children are among those waiting to be processed by US immigration at San Ysidros port of entry as asylums from political violence in Honduras, El Salvador, & elsewhere in Central America. These are the women & children who Trump claimed are being “raped at levels that nobody has ever seen before” along the caravan route. That scurrilous charge from America’s Molester-in-Chief & uber-sexual predator.

Immigration is a women’s right & child welfare issue. Open the damn borders. No human being is alien to us.