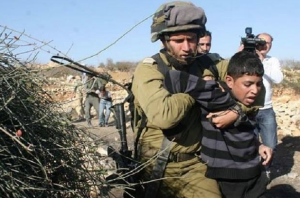 This poem by Langston Hughes is for the kids: for the stone-throwers, the sweatshop workers, the scavengers, the unaccompanied ones crossing borders, the abandoned ones, the trafficked ones. Less a tribute than a lament that generations of kids still grow old without childhoods. Children are the ones not just dying to change that but often leading the way:

‘Kids Who Die’ (by Langston Hughes)

This is for the kids who die,
Black and white,
For kids will die certainly.
The old and rich will live on awhile,
As always,
Eating blood and gold,
Letting kids die.

Listen, kids who die—
Maybe, now, there will be no monument for you
Except in our hearts.
Maybe your bodies will be lost in a swamp
Or a prison grave, or the potter’s field,
Or the rivers where you are drowned like Leibknecht.
But the day will come—
You are sure yourselves that it is coming—
When the marching feet of the masses
Will raise for you a living monument of love,
And joy, and laughter,
And black hands and white hands clasped as one,
And a song that reaches the sky—
The song of the life triumphant
Through the kids who die.