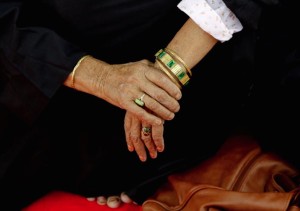 There’s the slightest suggestion (just an itsy-bitsy one) that media–at least in the US–is lifting its news blackout of the struggle in Kashmir against Indian military occupation. Al Jazeera & Press TV cover the occupation but otherwise there’s no coverage worth mentioning in US media–a rather considerable omission when you learn Kashmir is the most militarized zone in the world with 700,000 Indian soldiers & paramilitary troops of several different kinds–& all quite barbarous–in a population of 12.5 million people. The ratio of thug to civilian is daunting. Just to show the contrast, Mexico which is also brutally occupied by its own military has 60,000 troops in the field in a population of 112.5 million.

Between 1989 & 2009, India’s military & paramilitary thugs in Kashmir have disappeared an estimated 8,000 to 10,000 people & caused 70,000 deaths through mass killings, extrajudicial or “fake encounter” executions, custodial brutality (including torture & rape), & other means. Political repression & surveillance are of course fundamental to the military occupation.

Conservative human rights groups like Human Rights Watch, Amnesty International, & even the US State Department have all testified to these human rights crimes against Kashmiri civilians. But the Indian army claims 97 percent of the claims are “fake or motivated” based on investigations of themselves. They’re trying to put the Israeli army to shame. It’s quite likely India & Israel collaborate in devising methods of occupation since Israel also schools US police departments in the Black community. You wouldn’t think the US Pentagon needed outside assistance in militarizing police & repression since US & UK super-cops trained the Bahraini military & police in repressive policing against the democratic movement. But when it comes to violence & repression, these regimes are all of a piece.

Like in Palestine & as we saw in the Arab uprisings, particularly Bahrain, funerals & mourning are part of the expression & culture of political dissent against occupation. This photo is the mother of a disappeared Kashmiri youth. Contrary to the impression from the image, she is at a protest organized by the Association of Parents of Disappeared (APDP) in Srinagar on Sunday where they demanded setting up a commission to investigate the disappearances, including investigation of unmarked mass graves. The phony army investigations fooled no one.

Our fullest solidarity with the people of Kashmir. Ending the news blackout is part of solidarity along with exposing the nexus between Israel, India, the US & UK in political repression & barbarism around the world. Even ISIS has nothing on these savages.