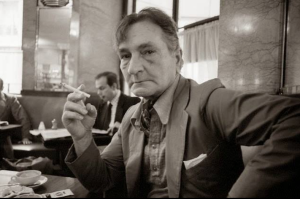 The appeal of Assadism seems so obscurantist, so anti-intellectual & ignorant, almost cultish, & in fact large tendencies within Assadism are all of those. The dominant currents of Assadism, represented in the Hands Off Syria Coalition, are of course practitioners of realpolitik & defenders of dictatorship.

The essence of support for Assadist ideology is profound ignorance & prejudice of most westerners against Arabs & against Islam. US public schools still don’t teach Black & Native American history & until the civil rights movement even colleges didn’t teach those histories without lies & degradations.

So when it comes to Middle East history, the simple-minded misrepresentations used in Islamophobia found receptivity among liberals & socialists alike. Portraying Muslim women as beaten down & needing emancipation by US Marines became a rallying cry even among feminists & the veil became a symbol of their oppression. But if you go to the local University of Texas library, the section on Arab & Muslim feminism is a mile long–not just about them, but by them.

Islamophobes are so simple-minded in their portrayals that they need only a one-size-fits-all formula of regime-change to explain Libya, Yemen, Iraq, Syria. With such degraded understanding, they cannot conceive of popular struggles & revolutions for democracy as represented by the Arab Spring uprisings.

Like the portrayal of Blacks & Native Americans in pre-civil rights history & literature, the portrayal of Arabs & Muslims in popular culture is a travesty of social reality. It’s a straight shot from the racist & demeaning depictions of Arabs & Muslims in “Law & Order” episodes or in “Raiders of the Lost Ark” & its sequels to US Islamophobic war propaganda & Assadism.

That’s why it matters that we inform ourselves about the immeasurable political, social, intellectual, cultural, artistic, architectural contributions Arabs & Muslims have made, about their debates, their writings, the individuals who represented different eras.
Sharing this post from Jairus Banaji as part of that education because, believe me, most Americans have no idea about the Arab & Muslim societies which are determining the future of humanity. This essay is about the period roughly between WWI & WWII.

(The German Dadaists he mentions are my favorite era in art; I loved them for their iconoclasm & outrage at the excesses of German capitalism. To be frank, most surrealism in art & literature leaves me cold but they were an important artistic & political current.)

“Vienna has been left to a rabble that has torn Renoir’s paintings and burned the writings of Freud in public places. The best works by great German painters such as Max Ernst, Paul Klee, Karl Hoffer, Kokoschka, George Grosz and Kandinsky have been confiscated and replaced by Nazi art of no value. The same recently took place in Rome where a committee was formed to purge literature, and, performing its duties, decided to eliminate works that went against nationalism and race, as well as any work raising pessimism.”

The signatories included Georges Henein and Albert Cossery, both active in Jama’at al-fann wa al-hurriyyah (JFH) or the Art & Liberty Group, a surrealist collective based in Cairo and part of the International Federation of Independent Revolutionary Art (French acronym FIARI), a network of revolutionary artists conceived and launched by Breton and Trotsky in Mexico (in Frida Kahlo & Diego Rivera’s home) in 1938. When most parts of that network disintegrated in the 1940s, the Cairo surrealists remained active and ‘stubbornly promoted the FIARI programme’.

But “their publications delved into other subjects: antifascist action, anti-imperialism, radical educational reform, Freudian theory, women’s emancipation. Each issue of their newspaper al-Tatawwur (“Evolution”)—the first socialist journal in Egypt since Marxism was outlawed there in 1924 and the first socialist paper to publish completely in Arabic—affirmed some of its concerns in its editorial statement: ‘This review fights against the reactionary spirit, protects the rights of the individual and insists on the right of women to live in freedom. This review fights for modern art and free thought, and presents to young Egypt the movements of today.’ In the second issue of al-Tatawwur, a short statement by Tawfiq Hana’ Allah called “A School of Discontent” summed up the group’s goals: ‘Our primary task is to establish a school where we can teach people how and why they should be discontented, discontented with the chains that bind them and the society whose values are set in stone.’ In one police spy report filed with the Egyptian prime minister, al-Tatawwur was described as a publication dedicated to ‘spread anarchy, destroy morals and religion, and bring about the collapse of the pillars of the social and legal establishment necessary for the running of the country’”.

The photo shows the Egyptian writer Albert Cossery (1913–2008) whose first novel Les Hommes oubliés de Dieu (Men God Forgot) had a profound influence on the great Edwar al-Kharrat and through him on the beginnings of the modernist revolution in Arabic literature. Cossery (based in Paris for most of his life) boasted that he never wrote more than one phrase a day and would never write if he had nothing to say. He was fanatically dedicated to indolence which he described as ‘a form of living inwardly’ and of ‘reflection’.