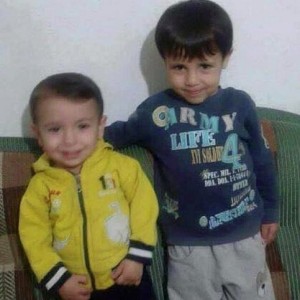 Most of us are in shock today at the photo of the Syrian infant washed up on the beach in Turkey. The wrenching image of that wee child & the thought that thousands have drowned in the past several years because of EU immigration policy should fuel an international movement demanding immigration as a human right.

And not only in the Mediterranean but Rohingya in the Andaman Sea, Central Americans on trains crossing Mexico, & Sri Lankans, Pakistanis, Afghans, & others crossing to Australia.

May our little boy rest in peace & may we not rest until border walls are torn down & no human being is considered alien.