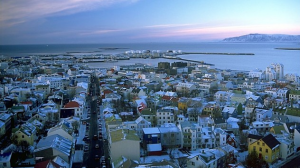 A caveat from one who’s learned the hard way:

Several friends are circulating an article from the Times of Israel titled “Iceland’s capital declares boycott of all Israeli goods.” It’s dated September 16 2015 but being circulated as though it were current news–even suggesting it is about all of Iceland & not just Reykjavik, the capital. They must have missed the September 19, 2015 story in the same paper titled “Iceland capital retracting decision to boycott Israel.”

The actual story is that the Reykjavik city council voted for a general boycott of Israeli goods but the mayor overruled that to include only products from Israeli settlements in occupied Palestinian territories. Since the city council called the boycott a symbolic act, it’s not certain they ever put mechanisms in place to enforce it.

Only days after the mayor’s retraction & after condemnation from Israel, the Foreign Ministry of Iceland said the decision was “not in line” with the country’s foreign policy.

This is worth pointing out because in researching stories–for example about violent military actions against civilians in Kashmir or Palestine–one finds that violent incidents are so common & go back so many years that the first thing one must do is check dates so as not to add to the cacophony of media deceits & confusion.

Iceland is not a utopian or socialist country. It’s fully integrated into the world capitalist system & shares most of its problems, including inequality & restrictions on immigration similar to Europe. Jailing a banker or two for corruption doesn’t ameliorate that.

(Photo of Reykjavik from Times of Israel)