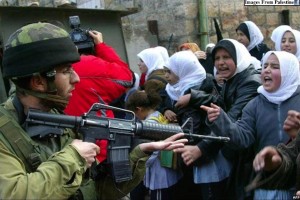 Today’s headlines are blasting about the 19-year-old Palestinian who entered an illegal Israeli settlement in the West Bank & stabbed a 13-year-old Israeli girl to death. It was a gruesome crime for which he was shot on the spot in accordance with the Israeli form of due process for Palestinians in the occupied West Bank.

The US Embassy in Tel Aviv issued a denunciation of this “terrorist attack” & condemned it “in the strongest possible terms” as “unconscionable.” The NY Times used it to hammer home the media narrative that Palestinians are on a knifing rampage. They said the assault “was the latest in a series of violent attacks that began eight months ago & that have left over 30 Israelis dead. More than 210 Palestinians have also been killed, most while carrying out attacks or when thought to be about to do so.”

Does anyone remember such official outrage when Israeli settlers torched the home of the Dawabsheh home last year which killed three family members & burned a surviving child over 60 percent of his body? Did the media or the US Embassy wax indignant “in the strongest possible terms” when the perpetrator was released without charge & a naughty finger? Did they go ballistic with the denunciations when Israeli soldiers shot an old man down in the street? Or when it recently shot down teenage girls? Do they utter a peep when Israel arrests little kids & sticks them in the gulag for months without charge?

But when they add “or when thought to be about to do so” they introduce a whole new dimension to criminal justice. Since when do soldiers get to shoot people down in cold blood because they “think” he or she might be contemplating a crime? No wonder Palestinians & Black youth are forging bonds of solidarity. The same standards of criminal justice apply for both.

It’s very sad the young girl was murdered. It’s just as sad that hundreds of Palestinians have been executed for resisting occupation & illegal settlements & then get blamed for their own murders.

Cut the crap on all this & build BDS, the economic, cultural, & academic boycott of Israel.

Listen to this little boy cut through the propaganda with the eloquence of Palestinian justice: